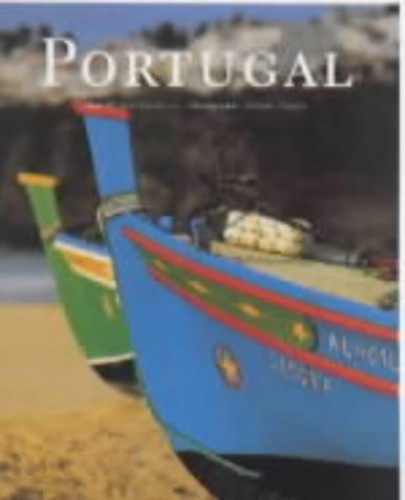 A journey through Portugal in photographs, illustrations and text. The book is devoted not just to the better-known destinations but also to Portugal's diverse stretches of scenery, ranging from deep ravines and glacial lakes to the romantic fertile valleys of the northwest.

It was from Portugal that Europe once set sail to conquer the unknown. In the 15th century, the land of seafarers vanquished a large part of the world and became the most powerful empire of its day -- a period of greatness which was not to last long. Today, Portugal is a small state on the edge of Europe, a country undergoing a period of change which in many areas seems untouched by the modern age.

With each step you take you are confronted with remnants of Portugal's grand history -- provided you venture further than from the hotel to the beach and back. Many tourists still go to the Algarye to enjoy its eternal spring and nothing else, its sandy beaches, cliffs, bays and perfectly blue sea. They fail to discover the other side to Portugal, its people, villages, castles and monasteries, the urban centres of Lisbon, Oporto, Coimbra and Evora. This book is devoted not just to the better-known destinations but also to Portugal's diverse stretches of scenery: the rolling hills of the Alentejo province, basking in the heat of summer with its numerous medieval towns, Costa Dourada, the wildest section of coast in Southern Europe with secluded coves and cliffs which often rise hundreds of feet up out of the water, the mountain world of Serra da Estrela with deep ravines and a multitude of glacial lakes and the romantic, fertile valleys of the Mino in the far northwest of the country.

GOR001221405
9783822870655
382287065X
Portugal by Hugues Demeude
Hugues Demeude
Evergreen Series
Used - Very Good
Hardback
Taschen GmbH
1999-04-30
160
N/A
Book picture is for illustrative purposes only, actual binding, cover or edition may vary.
This is a used book - there is no escaping the fact it has been read by someone else and it will show signs of wear and previous use. Overall we expect it to be in very good condition, but if you are not entirely satisfied please get in touch with us
Trustpilot