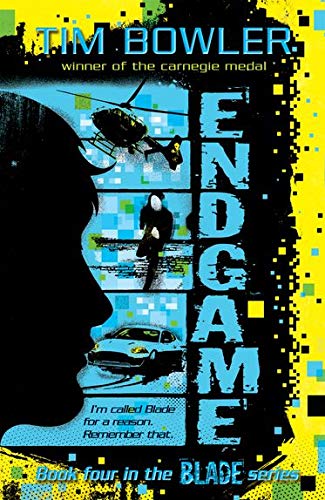 Used Price
$14.99
inc. GST
Free Shipping in Australia
Blade has done all he can. But it's not enough. Men are swarming over the city hunting him. And his enemy is still free. But Blade isn't finished yet. He has strength in him for one more fight. And it's got to be now. Revenge isn't sweet . . . it's just necessary. Book four in the unmissable Blade quartet.
Reviews:
Trustpilot
Very Good

Revenge isn't sweet. It's just necessary. Blade has done all he can - shaken up the city, turned the gangster bosses against Hawk, his most dangerous enemy, and given the police the information they need to destroy the man for ever. But it's not enough. Hawk is still free, still powerful, and more angry than ever. He has men swarming over the city in search of the boy who has betrayed him. For Blade it's now or never. Time to stand and fight. The question is - does he have the will to defeat the man who has always won? Previously published in two parts as Blade: Cutting Loose and Blade: Risking All, this is a stunning new package for this groundbreaking series. Narrated by Blade himself, be prepared to enter his world. It's not pretty . . . it's urban, real, and dangerous. Complete the series with Blade 1: Enemies, Blade 2: Flight, and Blade 3: Firestorm.

Thrilling and exhilarating * Teen Titles *
As sharp as its title suggests, this is a relentless and brilliant page turner. * The Bookseller *
Bowler has created a tough, dynamic character who promises plenty of tension, action and attitude. * Bookfest *
Sharply written without a wasted word. * Independent *
A remarkable and riveting series. * Books for Keeps *
A modern classic. * School Librarian *
Startlingly original - there's nothing like it out there at all. I truly can't praise this series highly enough. * TheBookbag.co.uk *
Stunning new thriller * Publishing News *

Tim Bowler is one of the UK's most compelling and original writers for teenagers. He was born in Leigh-on-Sea and after studying Swedish at university, he worked in forestry, the timber trade, teaching and translating before becoming a full-time writer. He lives with his wife in a small village in Devon and his workroom is an old stone outhouse known to friends as 'Tim's Bolthole'. Tim has written eighteen books and won fifteen awards, including the prestigious Carnegie Medal for River Boy. He has been described by the Sunday Telegraph as 'the master of the psychological thriller' and by the Independent as 'one of the truly original voices in British teenage fiction'.

GOR006043577
Blade: Endgame by Tim Bowler
Tim Bowler
Blade
Used - Very Good
Paperback
Oxford University Press
2013-01-03
256
0192763636
9780192763631
N/A
Book picture is for illustrative purposes only, actual binding, cover or edition may vary.
This is a used book - there is no escaping the fact it has been read by someone else and it will show signs of wear and previous use. Overall we expect it to be in very good condition, but if you are not entirely satisfied please get in touch with us.