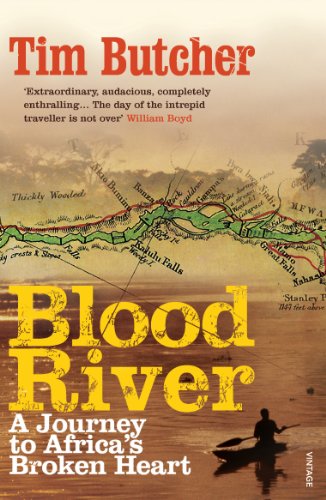 In Stock
$15.49
inc. GST
**THE NUMBER ONE SUNDAY TIMES BESTSELLER**A compulsively readable account of an African country now virtually inaccessible to the outside world and one journalist's daring and adventurous journey.
Like New Very Good Good
Only 2 left

**THE NUMBER ONE SUNDAY TIMES BESTSELLER** A compulsively readable account of an African country now virtually inaccessible to the outside world and one journalist's daring and adventurous journey. When war correspondent Tim Butcher was sent to cover Africa in 2000 he quickly became obsessed with the idea of recreating H.M. Stanley's famous nineteenth century trans-Africa expedition - but travelling alone. Despite warnings that his plan was 'suicidal', Butcher set out for the Congo's eastern border with just a rucksack and a few thousand dollars hidden in his boots. Making his way in an assortment of vessels including a motorbike and a dugout canoe, helped along by a cast of unlikely characters, he followed in the footsteps of the great Victorian adventurers. Butcher's journey was a remarkable feat, but the story of the Congo, told expertly and vividly in this book, is more remarkable still. `A masterpiece' John Le Carre `Extraordinary, audacious, completely enthralling' William Boyd `A remarkable marriage of travelogue and history, which deserves to make Tim Butcher a star for his prose, as well as his courage' Max Hastings

"A remarkable, fascinating book by a courageous and perceptive writer. One of the most exciting books to emerge from Africa in recent years" -- Alexander McCall Smith
"An intrepid adventure. In making and describing this journey, Tim Butcher has followed in the footsteps of Stanley and Conrad. It takes a lot of guts to yomp through the Congo and he obviously has plenty of those. But it is the wit and passion of the writing which keeps you engrossed" -- Giles Foden
"This is a terrific book, an adventure story about a journey of great bravery in one of the world's most dangerous places. It keeps the heart beating and the attention fixed from beginning to end" -- Fergal Keane
"A masterpiece" -- John le Carre
"Tim Butcher deserves a medal for this crazy feat. I marvel at his courage and his empathy" -- Thomas Pakenham

Tim Butcher is a best-selling author who blends travel with history. His first book, Blood River, was a number one bestseller, a Richard & Judy Book Club selection and was shortlisted for the Samuel Johnson Prize, while his next, Chasing the Devil, was longlisted for the George Orwell Prize. A journalist with the Daily Telegraph from 1990 to 2009, in 2010 he received an honorary doctorate from the University of Northampton for services to writing. Born in Great Britain, he is based in Cape Town with his family.

GOR010505160
Blood River: A Journey to Africa's Broken Heart by Tim Butcher
Tim Butcher
Used - Like New
Paperback
Vintage Publishing
2008-01-03
384
0099494280
9780099494287
Short-listed for Dolman Best Travel Book of the Year Award 2008 Short-listed for Samuel Johnson Prize for Non-Fiction 2008
Book picture is for illustrative purposes only, actual binding, cover or edition may vary.
This is a used book - there is no escaping the fact it has been read by someone else and it will show signs of wear and previous use. Overall we expect it to be in very good condition, but if you are not entirely satisfied please get in touch with us.