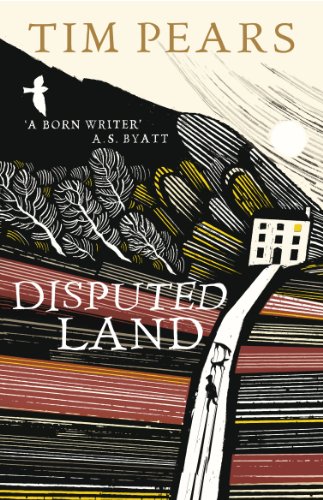 Used Price
12,49 $
inc. GST
Free Shipping in Australia
Leonard and Rosemary Cannon summon their middle-aged offspring, along with partners and children, to the family home in the Welsh Marches for the Christmas holiday.
Reviews:
Trustpilot
Very Good

Leonard and Rosemary Cannon summon their middle-aged offspring, along with partners and children, to the family home in the Welsh Marches for the Christmas holiday. As the gathered family settle in to their first Christmas together for some years, the grown siblings - Rodney, Jonny and Gwen - are surprised when they are invited to each put stickers on the furniture and items they wish to inherit from their parents. Disputed Land is narrated by Leonard and Rosemary's thirteen-year-old grandson, Theo, who observes how from these innocent beginnings age-old fissures open up in the relationships of those around him. Looking back at this Christmas gathering from his own middle-age - a narrator at once nostalgic and naive - Theo Cannon remembers his imperious grandmother Rosemary, alpha-male uncle Jonny, abominable twin cousins Xan and Baz; he recalls his love for his grandfather Leonard and the burgeoning feelings for his cousin Holly. And he asks himself the question: if a single family cannot solve the problem of what it bequeaths to future generations, then what chance does a whole society have of leaving the world intact?

"Packs a real emotional punch...Pears, who could not write an ugly sentence if he tried ... His portrait of a family at a time of change is also a lament for a country which is losing its environmental way." * Mail on Sunday *
"Beautifully understated...A low-key family gathering in the Welsh Marches blossoms into an elegiac meditation on our relationship with the land we inhabit." -- David Robson * Sunday Telegraph, Books of the Year *
"'Delightful ... Pears has terrific fun with his cast and is highly skilled at drawing out foibles and grudges" -- James Urquhart * Independent *
"Very sympathetic, intelligent and moving ... Pears's depiction of enduring married love is beautifully done ... Pears is so adept at the illuminating detail, writes so beautifully of the pleasures of life ... it is a warm and affirmative novel, one which offers incidental joys on every page. It is perhaps the finest book he has written yet." -- Allan Massie * The Scotsman *
"A thorough examination of nostalgia itself." * Daily Mail *

Born in 1956, Tim Pears grew up in Devon, left school at sixteen and had countless menial jobs before studying at the National Film and Television School. He is the author of six previous novels, including In the Place of Fallen Leaves, which won the Hawthornden Prize and the Ruth Hadden Memorial Award, In a Land of Plenty, which was made into a ten part drama series for the BBC, and, most recently, Landed. He has been Writer in Residence at Cheltenham Festival of Literature, and Royal Literary Fund Fellow at Oxford Brookes University, and has taught creative writing at Ruskin College and elsewhere. He lives in Oxford with his wife and children.

GOR004094372
Disputed Land by Tim Pears
Tim Pears
Used - Very Good
Paperback
Cornerstone
2012-03-01
224
0099538024
9780099538028
N/A
Book picture is for illustrative purposes only, actual binding, cover or edition may vary.
This is a used book - there is no escaping the fact it has been read by someone else and it will show signs of wear and previous use. Overall we expect it to be in very good condition, but if you are not entirely satisfied please get in touch with us.