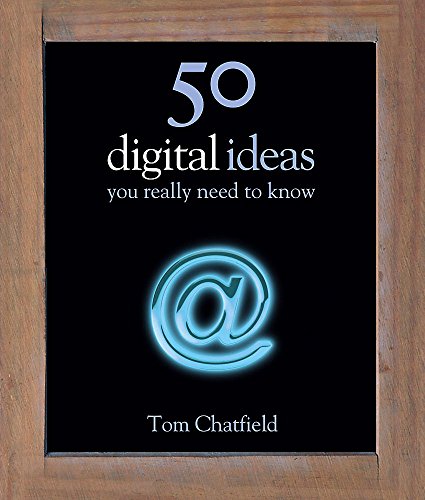 50 Digital Ideas You Really Need to Know by Tom Chatfield

Everything you need to know about the internet and digital culture in one volume.

Have you ever wondered what the difference is between a MUD and an API? Don't know your OCR from your PPC? Not quite clear on crowd-sourcing and culture jamming? Then this book is for you.

In a series of accessible and engagingly written essays, 50 Digital Ideas You Really Need to Know introduces and explains all the key aspects of the digital world and how it works. It is a book that will be welcomed by anyone who wants to understand one of the most powerful forces shaping our world.