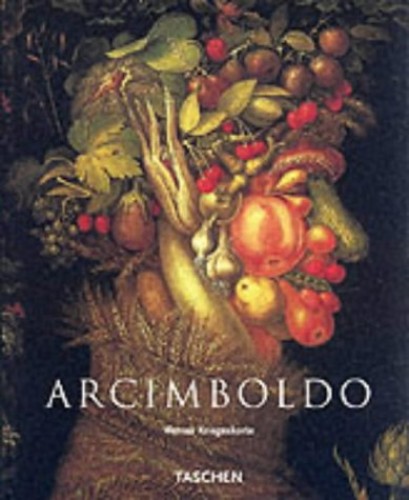 Arcimboldo's art: Paintings that are full of references to ancient classical gods and goddesses Giuseppe Arcimboldo (1527-1593) began his career as an artist in the glass workshops of the Milan Cathedral, where he designed glass windows depicting scenes from the lives of the saints. His talent soon caught the eye of 16th-century rulers, and he moved on to the imperial courts of Ferdinand I, Maximilian II, and Rudolf II in Prague, where he created the scenes for his "Seasons." In Arcimboldo's allegorical paintings, Spring appears as a young man composed entirely of flowers, Summer as a composition of fruits, Autumn as a head made of grapes, and Winter as a gnarled old man twined with ivy.

Arcimboldo remained true to the allegorical principles informing the artistic and philosophical world view of the 16th century. His paintings are not only full of references to ancient classical gods and goddesses, but above all they reflect the courtly cosmos of the art chambers and "wonder cabinets" in which countless exotic and bizarre objects were housed. With the decline of this allegorical world vision between the Renaissance and Mannerism, Arcimboldo was forgotten- only to be rediscovered by modern artists. About the Series:
Each book in TASCHEN's Basic Art series features:

GOR002881341
Arcimboldo Basic Art Album by Werner Kriegeskorte
Werner Kriegeskorte
Used - Very Good
Paperback
Taschen GmbH
2000-09-29
3822859931
9783822859933
N/A
Book picture is for illustrative purposes only, actual binding, cover or edition may vary.
The book has been read but remains in clean condition. All pages are intact and the cover is intact. Some minor wear to the spine.