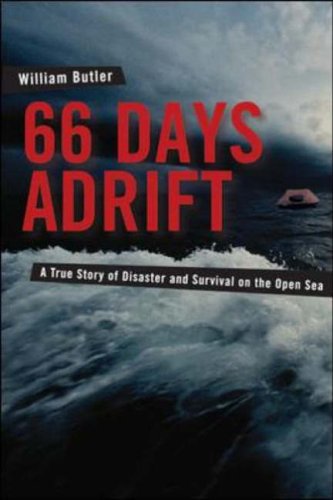 In Stock
$11.49
+10% GST
The lure of paradise was unmistakable, and Bill Butler was on a quest to find it with his wife Simonne - riding the Pacific currents on their sloop Siboney, with a world of possibilities ahead. This title tells a tale of their battles against nature, despair, and their own demons.
Very Good Good Well Read
Only 4 left

A Powerful Account of Struggle and Survival at Sea

The lure of paradise was unmistakable, and Bill Butler was on a quest to find it with his wife Simonne-riding the Pacific currents on their sloop Siboney, with a world of possibilities ahead. But, twelve hundred miles from land, the alluring ocean showed its deadly side when, without warning, a pod of pilot whales attacked their sailboat, battering it until it sank beneath the waves. The dazed couple was left drifting in midocean in a leaky six-foot raft meant for coastal waters, with only a few hastily grabbed provisions to sustain them. Simonne, who had never truly shared Bill's dream of circumnavigating the globe, blamed him bitterly for their desperate plight.

In this powerful account of their 66-day odyssey, Butler tells a gritty, harrowing tale of their battles against nature, despair, and their own demons. He reveals how he and Simonne found the strength to survive despite the ravages of hunger, storms, and sharks. Based on Butler's faithful log entries, 66 Days Adrift is both a chilling cautionary tale for sailors with big ideas and an inspiring story of love, faith, and survival against long odds.

"How a lifetime dream to sail around the world becomes a fight to survive."-Yachting

"A vivid account of the complete will to live."-The San Juan Star

William Butler has been sailing all of his life. Born in Havana, Cuba, Bill learned to sail by the age of nine. He worked for GE for thirty-one years, started his own business in 1982, closed his doors in 1989, and then went sailing. He almost didn't make it back. Despite that harrowing adventure, he has continued sailing through the years and, to date, he has logged more than 74,000 miles. HOMETOWN: San Juan, Puerto Rico

GOR002683304
66 Days Adrift by William Butler
William Butler
Used - Very Good
Paperback
McGraw-Hill Education - Europe
2005-02-08
288
0071438742
9780071438742
N/A
Book picture is for illustrative purposes only, actual binding, cover or edition may vary.
This is a used book - there is no escaping the fact it has been read by someone else and it will show signs of wear and previous use. Overall we expect it to be in very good condition, but if you are not entirely satisfied please get in touch with us.