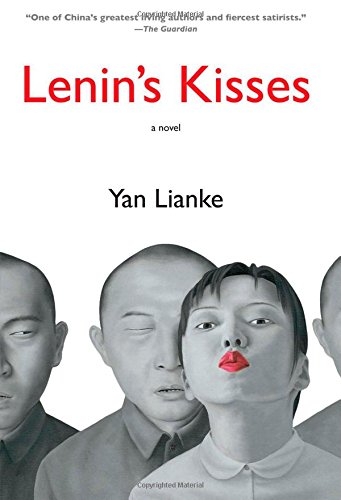 A mystifying climatic incongruity begins the award-winning novel Lenin's Kisses--an absurdist, tragicomic masterpiece set in modern day China. Nestled deep within the Balou mountains, spared from the government's watchful eye, the harmonious people of Liven had enough food and leisure to be fully content. But when their crops and livelihood are obliterated by a seven-day snowstorm in the middle of a sweltering summer, a county official arrives with a lucrative scheme both to raise money for the district and boost his career. The majority of the 197 villagers are disabled, and he convinces them to start a traveling performance troupe highlighting such acts as One-Eye's one-eyed needle threading. With the profits from this extraordinary show, he intends to buy Lenin's embalmed corpse from Russia and install it in a grand mausoleum to attract tourism, in the ultimate marriage of capitalism and communism. However, the success of the Shuanghuai County Special-Skills Performance Troupe comes at a serious price.

Yan Lianke, one of China's most distinguished writers--whose works often push the envelope of his country's censorship system--delivers a humorous, daring, and riveting portrait of the trappings and consequences of greed and corruption at the heart of humanity.

Yan Lianke is a finalist for the 2013 Man Booker International Prize!

Winner of the Lao She Literary Award

"Both a blistering satire and a bruising saga . . . Yan boldly plunges into the psychic gap between China's decades-old conditioned response to communist doctrine and its redefinition of itself as a capitalist power, creating with bold, carnivalesque strokes a heartbreaking story of greed, corruption, and the dangers of utopia." --Publishers Weekly (starred review)

"Yan, one of China's most successful writers, is still gaining attention abroad, but this story of a village that decides to buy Lenin's corpse is Yan at the peak of his absurdist powers. He writes in the spirit of the dissident writer Vladimir Voinovich, who observed that 'reality and satire are the same.'" --The New Yorker

"A funny yet dark satirical novel . . . [that] offers Western readers a unique perspective on rural China . . . Lenin's Kisses [is] hard to put down." --Chicago Tribune

"Yan Lianke is one of the best contemporary Chinese writers. . . . As incisive as his social criticism is, he manages to protect his literary strength." --The Independent

"Sprawling, sometimes goofy, always seditious novel of modern life in the remotest corner of China . . . Set Rabelais down in the mountains of, say, Xinjiang, mix in some G nter Grass, Thomas Pynchon and Gabriel Garc a M rquez, and you're in the approximate territory of Lianke's latest exercise in patering the powers that be . . . A satirical masterpiece." --Kirkus Reviews

"[A] mind-blowing story . . . incorporating satire, social and political criticism of life under Chinese Communism, as well as the limitations of capitalism--especially when the formerly oppressed become filthy rich--under such a political system. Lenin's Kisses provides illuminating insight." --Counterpunch

"Lenin's Kisses is a grand comic novel, wild in spirit and inventive in technique. It's a rhapsody that blends the imaginary with the real, raves about the absurd and the truthful, inspires both laughter and tears. Carlos Rojas's translation captures the vigor of the original, funny, poised, peculiar but always rational. The publication of this magnificent work in English should be an occasion for celebration." --Ha Jin, author of Waiting and Nanjing Requiem

"A masterpiece on many levels, most pertinently literary. It is crafted in the most lyrical prose style, and in an intimate voice filled with poetic flourishes and narrative craftsmanship. This is a tale of modern China with all its wonders, marvels and absurdities and ironies roped together, making it a must-read. It's little wonder that the author has won both China's equivalences of the National Book Award and the Pulitzer Prize. And this book is the finest gem to reflect this man's gift." --Da Chen, author of My Last Empress

"Lenin's Kisses shines with both the lyrical flourishes of magical realism and the keenly sharpened knives of great satire. The reader joins the inhabitants of the village of Liven as they confront the great upheavals of 20th Century Chinese history armed with both whimsy and their obsessive determination to prevail. This tale is at once breathtaking and seriously funny. Anyone who wishes to understand the psychic world-view of the modern People's Republic of China must read this fine novel." --Vincent Lam, author of The Headmaster's Wager

"One of China's greatest living authors and fiercest satirists." --The Guardian

"[Yan Lianke] is one of China's most successful fiction writers." --The New York Times

YAN LIANKE was born in 1958 in Henan Province, China. He is the author of numerous novels and short-story collections, including Serve the People! and Dream of Ding Village, which was short-listed for the Man Asian Literary Prize and adapted into a film, renamed Til Death Do Us Part.
GOR010626074
9780802120373
0802120377
Lenin's Kisses by Yan Lianke
Yan Lianke
Used - Very Good
Hardback
Grove Press / Atlantic Monthly Press
2012-10-18
500
N/A
Book picture is for illustrative purposes only, actual binding, cover or edition may vary.
This is a used book - there is no escaping the fact it has been read by someone else and it will show signs of wear and previous use. Overall we expect it to be in very good condition, but if you are not entirely satisfied please get in touch with us
Trustpilot