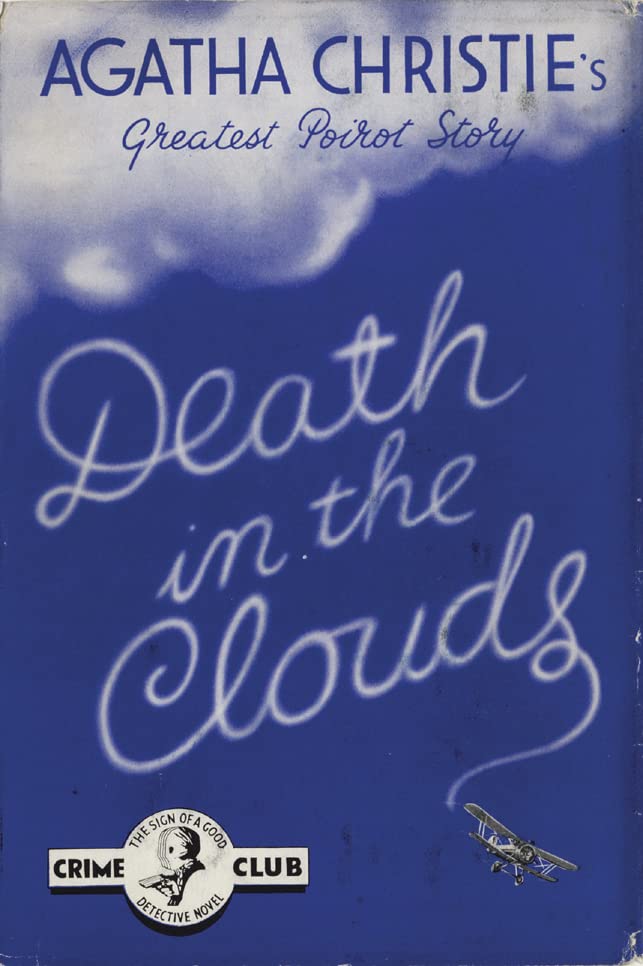 Death in the Clouds
by Agatha Christie

A facsmile first edition hardback of the Poirot book, in which a murder is committed on a flight to Paris.

Death in the Clouds Summary

Death in the Clouds (Poirot) by Agatha Christie

A facsmile first edition hardback of the Poirot book, in which a murder is committed on a flight to Paris.

From seat No.9, Hercule Poirot was ideally placed to observe his fellow air passengers. Over to his right sat a pretty young woman, clearly infatuated with the man opposite; ahead, in seat No.13, sat a Countess with a poorly-concealed cocaine habit; across the gangway in seat No.8, a detective writer was being troubled by an aggressive wasp.

What Poirot did not yet realize was that behind him, in seat No.2, sat the slumped, lifeless body of a woman.

To mark the 80th anniversary of Hercule Poirot's first appearance, and to celebrate his renewed fortunes as a primetime television star, this title in a collection of facsimile first editions is the perfect way to experience Agatha Christie. Reproducing the original typesetting and format of the first edition from the Christie family's own archive, this book sports the original cover which has been painstakingly restored to its original glory.

Death in the Clouds Reviews

"It will be a very acute reader who does not receive a complete surprise at the end."
Times Literary Supplement

GOR003615181
Death in the Clouds (Poirot) by Agatha Christie
Agatha Christie
Poirot
Used - Very Good
Hardback
HarperCollins Publishers
2007-04-02
256
0007234422
9780007234424
N/A
Book picture is for illustrative purposes only, actual binding, cover or edition may vary.
This is a used book - there is no escaping the fact it has been read by someone else and it will show signs of wear and previous use. Overall we expect it to be in very good condition, but if you are not entirely satisfied please get in touch with us.