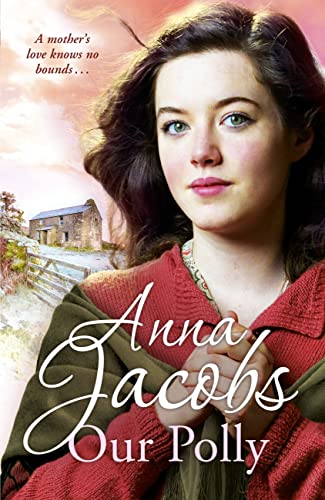 Our Polly
by Anna Jacobs

In Stock
£4.49
The second installment in the breathtaking Kershaw Sisters series.
Very Good Good
5 in stock

Our Polly by Anna Jacobs

Little Billy, Polly's son, is the light of her life. It's for his sake that she puts up with an unkind mother-in-law and life on an isolated farm. When Billy is knocked down by a car, his father is killed attempting to save his life, and Polly, cast off by her husband's family, is left with a child who may never walk or talk again.

Polly turns to her own family, the Kershaws, for support, but they are unable to outmaneuver the malicious Dr Browning-Baker, who is determined to have Billy taken away from his mother, depriving him of the exercises and stimulation that are his only hope. Forced to flee to the Fylde coast, Polly and Billy find that their future may lie with another damaged family - an ex-Army captain whose First World War marriage was a terrible mistake, and his daughter, who has never recovered from the hostility of the mother she loves.

But danger threatens their fragile happiness . . .

What readers are saying about OUR POLLY

'Yet another great story by the wonderful Anna Jacobs . . . so realistic' - 5 stars

'Once again Anna has excelled, a fabulous story with great characters. A definite page turner. Make sure you have your tissues ready!' - 5 stars

GOR000952996
Our Polly by Anna Jacobs
Anna Jacobs
The Kershaw Sisters series
Used - Very Good
Paperback
Hodder & Stoughton General Division
2001-09-06
512
0340750618
9780340750612
N/A
Book picture is for illustrative purposes only, actual binding, cover or edition may vary.
This is a used book - there is no escaping the fact it has been read by someone else and it will show signs of wear and previous use. Overall we expect it to be in very good condition, but if you are not entirely satisfied please get in touch with us.