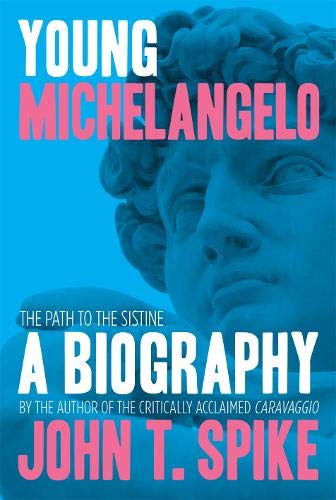 In Stock
£4.49
A reinterpretation of the early life and career of Michelangelo, arguably the greatest artist in history. It explores Michelangelo's involvement in the most troubling controversies of his age, and recreates Florence and Rome with sketches of Lorenzo the Magnificent, Leonardo, Julius II and Machiavelli.
Very Good
Only 2 left

This is a long-awaited and authoritative reinterpretation of the early life and career of arguably the greatest artist in history. Author John T. Spike surveys Michelangelo's early life from birth to his early thirties, probing the thinking, artistic evolution and yearnings of a young man thoroughly convinced of his own exceptional talent. Spike explores Michelangelo's involvement in the most troubling controversies of his age, and recreates Florence and Rome with vivid sketches of Lorenzo the Magnificent, Leonardo, Julius II and Machiavelli. This is a prodigiously informative and compelling account that will fulfil the need for a major Michelangelo biography for this generation and many to come.

Spike Crystallizes historical detail into vivid , memorable imagery...Alternating between accounts of the turbulent political atmosphere and details of Michelangelo's most private moments in the sculpture studio, Spike creates a rich narrative that promises more intrigue than the best adventure novel * Publishers Weekly *
No art historian has got closer to [Michelangelo] than John T. Spike' Sunday Telegraph 'Michelangelo is a difficult man to like, but impossible to resist. Spike captures his magnetism, his drive and the sheer scale of his ambition. -- Sarah Bakewell * Sunday Times *
Tense and agile as an early sculpture, YOUNG MICHELANGELO is a compelling portrait of the artist as a young man in a dangerous time. -- Peter Robb, Author of M: The Man Who Became Caravaggio
[a] crisply thorough biography -- The Express * Christopher Bray *

John T. Spike is a noted art historian, author and lecturer, specializing in Italian Renaissance and Baroque art. He is also an important critic of contemporary art and directed the Biennial of Florence. In 2007, Spike was named to the faculty of the Masters in Sacred Art History, organized by the European University of Rome and the Pontifical Athenaeum, 'Regina Apostolorum.' In 2010 Spike was engaged by the Council of Europe as an expert in Cultural Heritage. Spike is also the Author of the critically acclaimed Caravaggio. He lives in Florence.

GOR004696117
Young Michelangelo by John T. Spike
John T. Spike
Used - Very Good
Hardback
Duckworth Overlook
2011-02-01
336
0715640666
9780715640661
N/A
Book picture is for illustrative purposes only, actual binding, cover or edition may vary.
This is a used book - there is no escaping the fact it has been read by someone else and it will show signs of wear and previous use. Overall we expect it to be in very good condition, but if you are not entirely satisfied please get in touch with us.