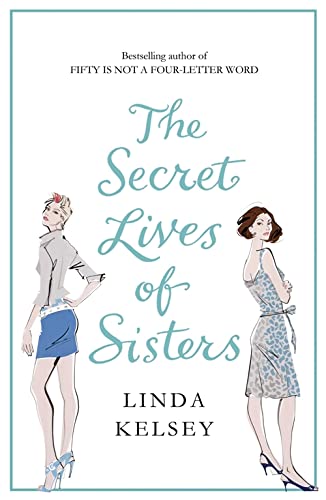 The Secret Lives of Sisters
by Linda Kelsey

In Stock
£4.99
She's your best friend. And your worst enemy.
Very Good
Only 1 left

The Secret Lives of Sisters Summary

The Secret Lives of Sisters by Linda Kelsey

Hannah has always felt in the shadow of her older sister, Cat. Cat is the flamboyant one, the one who can make everyone laugh. Hannah is so quiet that her parents often joke, 'Has Cat got your tongue?'

Now Hannah has a daughter of her own, who is about to get married. On the day of the wedding, Cat's caustic tongue is once again let loose with devastating consequences.

As Hannah is compelled to examine her past and to try to make sense of her complicated relationship with her sister, she begins to unravel the secrets and lies on which their seemingly normal family was built.

While the truth has the potential to finally unite the sisters, it also has the power to tear them apart for good.

Linda Kelsey's new novel has all the emotional intelligence, warmth and honesty that characterised her debut, Fifty is Not a Four-letter Word. It's a novel for every woman with a sister, and every woman who ever wanted one.

The Secret Lives of Sisters Reviews

The story that unfolds reads like a beautifully written memoir. The lonely formality of Hannah's l950s childhood, the tragic and disturbing loss of her mother in her early teens, her sexual awakening in l960s Paris and her eventual discovery of true love, followed by the heartbreaking loss of her husband, are all vividly and truthfully told. But it is the portrayal of her relationship with her sister that is most compelling. The vulnerability she feels about winning her sister's love and their see-sawing between adoration and rivalry is so astutely crafted that it is painful to read. * Telegraph *
THE SECRET LIVES OF SISTERS . . .derives its strength from its realism . . . the events and characterisations are highly plausible. * Saturday Telegraph *

Linda Kelsey is a former editor of Cosmopolitan and SHE, and was twice awarded Editor of the Year. She was also launch editor of Wedding Day and Executive Editor on the launch of In Style. She is now an author and freelance journalist whose work appears regularly in a variety of magazines and newspapers ranging from Good Housekeeping and Saga to the Daily Mail, the Daily Telegraph and Jewish Chronicle. She lives in London.

GOR001154824
The Secret Lives of Sisters by Linda Kelsey
Linda Kelsey
Used - Very Good
Paperback
Hodder & Stoughton
2008-08-21
384
0340933410
9780340933411
N/A
Book picture is for illustrative purposes only, actual binding, cover or edition may vary.
This is a used book - there is no escaping the fact it has been read by someone else and it will show signs of wear and previous use. Overall we expect it to be in very good condition, but if you are not entirely satisfied please get in touch with us.