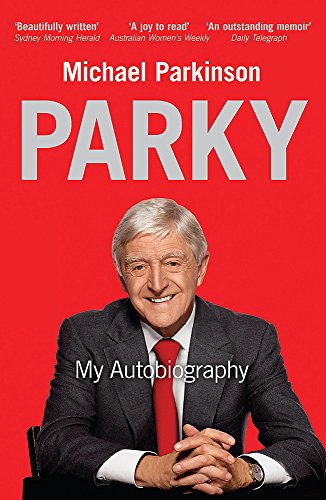 Parky - My Autobiography
by Michael Parkinson

In Stock
£3.99
The bestselling and long-awaited autobiography of a national icon.
Very Good
8 in stock

Parky - My Autobiography: A Full and Funny Life by Michael Parkinson

All Michael Parkinson really wanted to do was play cricket for Yorkshire and England. However, he soon realised that to be paid to watch films, football and cricket would be the best way to spend life, and he became a journalist.

Television beckoned and for three decades Parkinson interviewed the movers and shakers of the late twentieth century, making his television programme the must-see event of the week. In singing with Bing Crosby, dancing with Billy Connolly, flirting with Miss Piggy and sparring with Muhammad Ali, Parkinson proved himself one of the most engaging and durable hosts in both Britain and Australia.

In Parky he recalls a full life with honesty, insight and humour.

I recommend it heavily. It's a wonderful book * Melvyn Bragg *
Wonderfully readable... packed with revelations and insight, and offer an unrivalled glimpse into the lives of practically every giant personality of the past three decades * Daily Mail *
Nothing less than riveting * Mirror *
Parky's book is a joyous, breezy read, as much for the improbability of his early escapades as for his backstage anecdotes about the stars. It is also beautifully written * Daily Telegraph *
The early chapters about his childhood and early career ... are disarmingly modest and offer a proper glimpse into another world * Independent *
Crisp and detailed prose ... with an especially impressive account of a pre-second world war childhood in the north * Mark Lawson, Guardian *
Funny and self-deprecating and just as laid-back as he is on camera * Boyd Tonkin, Independent *

Born in Yorkshire, Michael Parkinson left school at sixteen with the ambition to play cricket for Yorkshire and England and to write about cricket for the Manchester Guardian. Although, he didn't manage to fulfil the first half of his ambition, he has since become one of the most successful journalists of his generation. He wrote a sports column for The Sunday Times for fifteen years and has also written for the Telegraph. He is also a legendary TV and radio presenter - his long-running chat show Parkinson was hugely popular for many years.

GOR000998060
Parky - My Autobiography: A Full and Funny Life by Michael Parkinson
Michael Parkinson
Used - Very Good
Paperback
Hodder & Stoughton General Division
2008-12-13
400
0340961678
9780340961674
N/A
Book picture is for illustrative purposes only, actual binding, cover or edition may vary.
This is a used book - there is no escaping the fact it has been read by someone else and it will show signs of wear and previous use. Overall we expect it to be in very good condition, but if you are not entirely satisfied please get in touch with us.