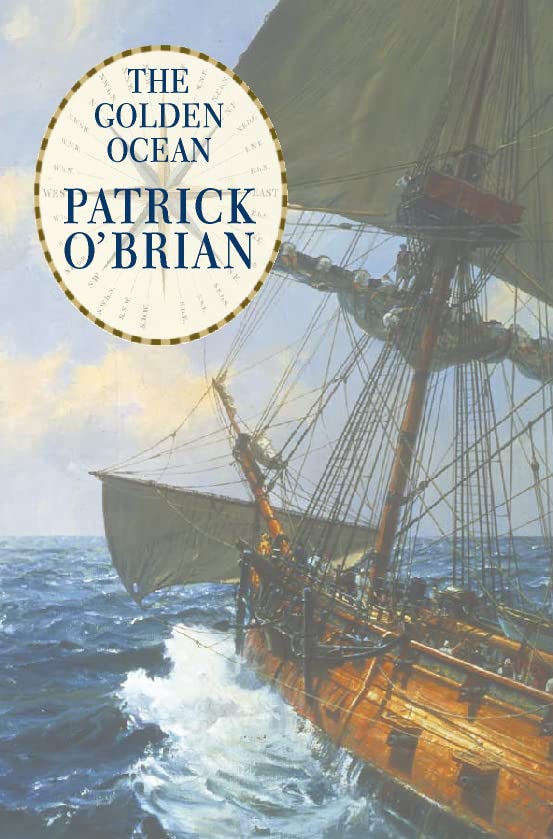 The Golden Ocean
by Patrick O'Brian

The first novel Patrick O'Brian ever wrote about the sea - and the precursor to the famous Aubrey/Maturin series - is now available in paperback for the first time in forty years.

The Golden Ocean by Patrick O'Brian

The first novel Patrick O'Brian ever wrote about the sea - and the precursor to the famous Aubrey/Maturin series - is now available in paperback for the first time in forty years.

The Golden Ocean is the first novel Patrick O'Brian ever wrote about the sea. The novel shares the same sense of excitement and the rich humour of the Aubrey/Maturin novels, invoking the eloquent style and attention to historical detail that O'Brian readers admire so much.

The protagonist of this story is Peter Palafox, son of a poor Irish parson, who signs on as a midshipman, never before having seen a ship. He is a fellow who would have delighted the young Stephen Maturin or Jack Aubrey... and quarrelled with them as well. Together with his life-long friend Sean, Peter sets out to seek his fortune, embarking on a journey of danger, disappointment, foreign lands and excitement.

Written in 1956, this is a tale certain to please not only the many admirers of O'Brian, but any reader with an adventurous soul.

`The story has in it something like greatness. It is naive, matter-of-fact; tragic, richly funny; closely detailed but with a bold sweeping action. It goes on that very small shelf reserved for authors who, disregarding aptitudes spin a story out of the heart and soul of their experience and the joy of living.'
TLS

GOR001059541
The Golden Ocean by Patrick O'Brian
Patrick O'Brian
Used - Good
Paperback
HarperCollins Publishers
1998-04-20
288
0006497942
9780006497943
N/A
Book picture is for illustrative purposes only, actual binding, cover or edition may vary.
The book has been read but remains in clean condition. All pages are intact and the cover is intact. Some minor wear to the spine.