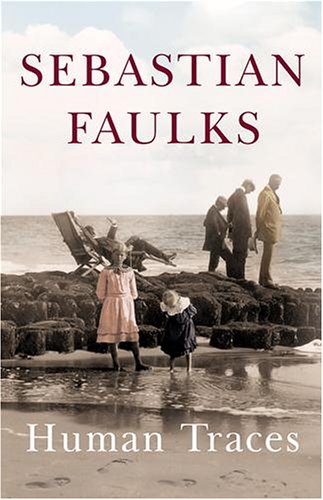 In Stock
£4.49
Explores the question of what kind of beings men and women really are. Jacques Rebire and Thomas Midwinter, both sixteen when the story starts in 1876, come from different countries and contrasting families. As psychiatrists, they have to deal with the case of Jacques's brother Olivier, for whose severe illness no name has yet been found.
Very Good
Only 4 left

"Human Traces" explores the question of what kind of beings men and women really are. Jacques Rebire and Thomas Midwinter, both sixteen when the story starts in 1876, come from different countries and contrasting families. They are united by an ambition to understand how the mind works and whether madness is the price we pay for being human. As psychiatrists, their quest takes them from the squalor of the Victorian lunatic asylum to the crowded lecture halls of the renowned Professor Charcot in Paris; from the heights of the Sierra Madre in California to the plains of unexplored Africa. Their search is made urgent by the case of Jacques's brother Olivier, for whose severe illness no name has yet been found. Thomas's sister Sonia becomes the pivotal figure in the volatile relationship between the two men, which threatens to explode with the arrival in their Austrian sanatorium of an enigmatic patient, Fraulein Katharina von A, whose illness epitomises all that divides them. As the concerns of the old century fade and the First World War divides Europe, the novel rises to a climax in which the value of what it means to be alive seems to hang in the balance. This is Sebastian Faulks's most ambitious novel yet, with scenes of emotional power recalling his most celebrated work, yet set here on an even larger scale.

"Faulks is beyond doubt a master."
-"Financial Times
"
"One of the most impressive novelists of his generation."
-"Sunday Telegraph"

Sebastian Faulks is best known for his French trilogy, The Girl at the Lion d'Or, Birdsong and Charlotte Gray, all available in Vintage paperback, as are A Fool's Alphabet, The Fatal Englishman and On Green Dolphin Street. He has also worked extensively as a journalist. He and his family live in London.

GOR001209753
Human Traces by Sebastian Faulks
Sebastian Faulks
Used - Very Good
Hardback
Cornerstone
2005-08-29
624
0091794552
9780091794552
N/A
Book picture is for illustrative purposes only, actual binding, cover or edition may vary.
This is a used book - there is no escaping the fact it has been read by someone else and it will show signs of wear and previous use. Overall we expect it to be in very good condition, but if you are not entirely satisfied please get in touch with us.