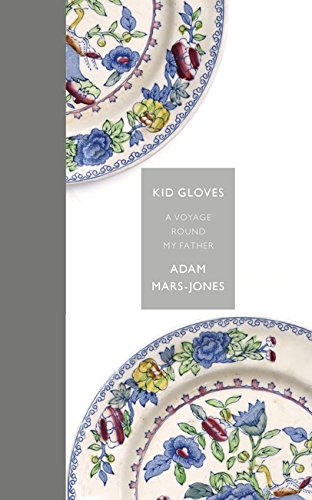 Used Price
$9.69
Free Shipping in the US
When his widowed father - once a high court judge and always a formidable figure - drifted into vagueness if not dementia, the writer Adam Mars-Jones took responsibility for his care. Intimately trapped in the London flat where the family had always lived, the two men entered an oblique new stage in their relationship.
Reviews:
Trustpilot
Very Good

Kid Gloves: A Voyage Round My Father by Adam Mars-Jones

NEW STATESMAN, TELEGRAPH, TIMES LITERARY SUPPLEMENT, MAIL ON SUNDAY AND GUARDIAN BOOKS OF THE YEAR 2015 When his widowed father - once a high court judge and always a formidable figure - drifted into vagueness if not dementia, the writer Adam Mars-Jones took responsibility for his care. Intimately trapped in the London flat where the family had always lived, the two men entered an oblique new stage in their relationship. In the aftermath of an unlooked-for intimacy, Mars-Jones has written a book devoted to particular emotions and events. Kid Gloves is a highly entertaining book about (among other things) families, the legal profession, and the vexed question of Welsh identity. It is necessarily also a book about the writer himself - and the implausible, long-delayed moment, some years before, when he told his sexually conservative father about his own orientation, taking the homophobic bull by the horns. The supporting cast includes Ian Fleming, the Moors Murderers, Jacqueline Bisset and Gilbert O'Sullivan, the singer-songwriter whose trademark look kept long shorts from their rightful place on the fashion pages for so many years.

He has written the truth as he saw it, and written it with passion, charm - and self-awareness -- Craig Brown * Mail on Sunday *
The book brims with humour and each sentence is a delight to read -- Andrew Wilson * Independent *
This glorious memoir - funny and poignant in equal measure -- Brian Viner * Daily Mail *
There is much that is moving in Mars-Jones's memoir of his father... The writing sings with cleverness and wit -- Claudia FitzHerbert * The Sunday Telegraph *
Mars-Jones's memoir, clotted and rich and true, does its job rather well -- Rachel Cooke * New Statesman *
The account... of caring for his father is especially touching -- Kate Kellaway * The Observer *
Intensely written -- Elisa Segrave * The Spectator *
His most remarkable book to date, which is in turns knowing and dextrous, hilarious and poignant -- Richard Canning * Literary Review *
Mars-Jones's achievement in Kid Gloves is to portray such painful moments with humour and grace... Kid Gloves is full of truth about the ironies of family life, of the ways that we define ourselves through our parents and against them -- Bee Wilson * Sunday Times *
The book brims with humour and each sentence is a delight to read. It also contains - courtesy of an extended metaphor drawn from Jane Grigson's recipe for cooking salmon in a court-bouillon - one of the best descriptions of sibling rivalry in contemporary literature. Above all, it is a celebration of language, a love shared by father and son alike -- Andrew Wilson * Independent *
He has written the truth as he saw it, and written it with passion, charm - and self-awareness -- Craig Brown * Mail on Sunday *
While waiting for more of Adam Mars Jones's gripping Pilcrow sequence, I was beguiled by Kid Gloves (Particular Books), his memoir of his high court judge father, which is witty, sardonic and humane. There are some entertaining legal set pieces, one revolving round James Bond and Ian Fleming, and a great account of young Adam's coming out as gay over the New Year of 1977. His father was homophobic but came round, though he never seemed able to remember Adam's partner's name. one of the funniest passages describes Dad's irritation at not being able to cram all his honorifics on to his American Express Gold Card: he has to abbreviate them to "Sir Wm". A paradoxical character, affectionately recalled. -- Margaret Drabble * New Statesman *
Worries must be raised about the book business by the way that one of the best memoirs not only of this year but many apparently struggled to find a publisher. Kid Gloves: a Voyage Round My Father by Adam Mars-Jones (Particular Books) takes a family situation that would have prompted many writers to gory score-settling - a liberal gay son providing end-of-life care to his father, a homophobic Tory judge - and produces an account that manages to be tender, sharp and funny while being kinder to the subject than you might expect and tougher on the writer who is sitting in judgement. -- Mark Lawson * New Statesman *
Funny and subtle... the book's special chemistry derives from the disparity between the painful facts described and the affection with which they are recounted -- Gaby Wood * Telegraph *
Top of my list is Kid Gloves, Adam Mars-Jones's funny, tough, scrupulously fair memoir of his late father, the irascible High Court judge William Mars-Jones. Their vexed relationship, rich in vulnerability, frustration and farce, is unpacked for us with grace and subtle wit, not least the moment when Mars-Jones fils has to tell Mars-Jones pere, "a homophobe's homophobe", that he is gay. ... In spite of these wounds, the overwhelming tone of the memoir is one of profound affection and forbearance. -- Elizabeth Lowry * TLS *
Ingeniously constructed and full of insight -- Leo Robson * TLS *

Adam Mars-Jones is the author of three novels, The Waters of Thirst, Pilcrow and Cedilla, and two collections of short stories, Lantern Lecture and Monopolies of Loss. He is also the author of Blind Bitter Happiness, a book of essays, and Noriko Smiling, a book about Ozu's film Late Spring. He lives in London.

GOR007099906
Kid Gloves: A Voyage Round My Father by Adam Mars-Jones
Adam Mars-Jones
Used - Very Good
Hardback
Penguin Books Ltd
2015-08-27
288
1846148758
9781846148750
N/A
Book picture is for illustrative purposes only, actual binding, cover or edition may vary.
This is a used book - there is no escaping the fact it has been read by someone else and it will show signs of wear and previous use. Overall we expect it to be in very good condition, but if you are not entirely satisfied please get in touch with us.