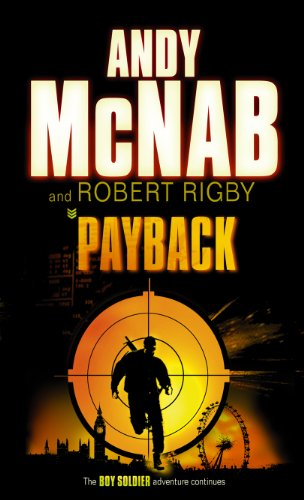 Used Price
$9.99
Free Shipping in the US
In the high-octane sequel to Boy Soldier, seventeen-year-old Danny and his grandfather, ex-SAS explosives expert Fergus, are on the run again, with their cover in southern Spain blown.
Reviews:
Trustpilot
Very Good

In the high-octane sequel to Boy Soldier, seventeen-year-old Danny and his grandfather, ex-SAS explosives expert Fergus, are on the run again, with their cover in southern Spain blown. Encouraged by the mysterious Deveraux, they return to London to confront their ruthless enemy in MI6, Fincham. But a teenage suicide bomber has brought death and destruction to the heart of Westminster. And there seem to be plenty of other willing martyrs. As the trap is sprung, Danny and Fergus have to break into Northwood, and it is up to computer whiz Elena to trawl the Deep Web to help them find the information they need to put a stop to the nightmare. The second book in the Boy Soldier sequence is another explosive, fast-moving and thrilling adventure, packed with authentic detail from Andy McNab's SAS expertise.

"This second book in the Danny Watts series is just as gripping and fast paced as the first one was . . . Well written and highly entertaining, this is a compelling high adventure tale" -- Marya Jansen-Gruber * Through the Looking Glass *
"Rip-roaring action" * Sunday Express *
"Exciting thriller, packed with authentic detail" * The Bookseller *
"Leads the reader on another brilliantly-constructed trail in a novel which is a cut above the usual spy-thriller" * Birmingham Evening Mail *
"Fast and furious action" * Publishing News *

GOR000953674
Payback by Andy McNab
Andy McNab
Boy Soldier
Used - Very Good
Paperback
Random House Children's Publishers UK
2006-09-02
320
0552552224
9780552552226
N/A
Book picture is for illustrative purposes only, actual binding, cover or edition may vary.
This is a used book - there is no escaping the fact it has been read by someone else and it will show signs of wear and previous use. Overall we expect it to be in very good condition, but if you are not entirely satisfied please get in touch with us.