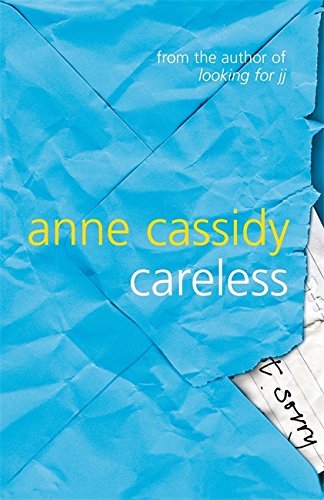 In Stock
$7.19
Another gritty read from Looking For JJ author Anne Cassidy.
Very Good
Only 2 left

As Chloe Cozens mourns the death of her mother, Lesley, teenage 'delinquent' Nicky Nelson experiences quite a different emotion towards her, his social worker, the one person he thought he could rely on when everyone else had let him down. When Nicky begins hanging around Chloe's house with a mixture of curiosity and anger that she has had a happy life compared with his, he is prepared to hate her, but instead the two of them form a strange kind of bond. Chloe finds herself wanting to help Nicky find his real mother, the one who abandoned him at birth. Ironically, the clues she pieces together about what happened lead her back to her mother's home town, and to her childhood friend, Sonia, who is keeping a painful secret of her own.

Chloe finds comfort in helping Nicky, a boy who is almost like a brother in that her own mother looked out for him for so long, and Nicky discovers that sometimes you have to trust in people in order to move on and build a life...

A well structured quick read that keeps the reader on board from start to finish * Books for Keeps *
A gripping story with a twist in the tail * Newham Recorder *
Immensely powerful, thoughtful and thought-provoking, the characterisation is spot on and the friendships forged are brilliantly portrayed * My Child *
Gripping stuff * Mizz *
A tense and atmospheric read from this prize-winning author * Books Quarterly (Waterstones) *

Anne Cassidy has an established reputation in the world of young adult fiction. She has published several titles for Scholastic, including the East End Murders series for Point Crime as well as her stand alone novels, Talking to Strangers and the Hidden Child, which was shortlisted for the Carnegie Medal in 1998. Looking for JJ, published in 2004 has received great acclaim and been shortlisted for many of the major awards, The Guardian Fiction Prize and the Carnegie Medal included, and was winner of the 2004 Booktrust Teenage Prize Award. As well the well-received Innocent, published by Hodder in 2006, Anne has published The Story of My Life and Birthday Blues to wide acclaim in 2006.Anne draws closely on her background and adolesence growing up in East London for her novels, and always writes about issues and characters that are close to her heart. She lives in London with her husband and son

GOR001224634
Careless by Anne Cassidy
Anne Cassidy
Used - Very Good
Paperback
Hachette Children's Group
2007-04-19
208
0340932279
9780340932278
N/A
Book picture is for illustrative purposes only, actual binding, cover or edition may vary.
This is a used book - there is no escaping the fact it has been read by someone else and it will show signs of wear and previous use. Overall we expect it to be in very good condition, but if you are not entirely satisfied please get in touch with us.