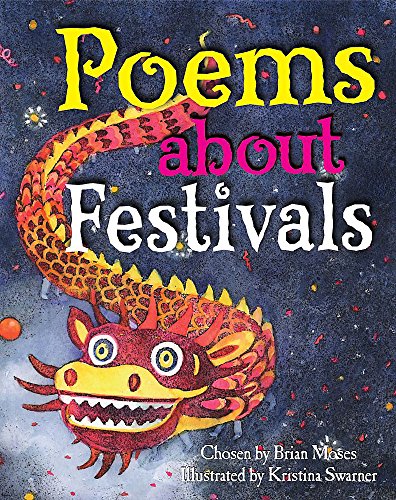 Poems About Festivals
by Brian Moses

Used Price
$14.99
Free Shipping in the US
A fantastically fun collection of poetry for young readers!
Reviews:
Trustpilot
Very Good

Poems About Festivals by Brian Moses

This anthology of poems, compiled by Brian Moses, contains a mix of light-hearted poems and more serious ones, poems that rhyme and those that don't. There are plenty of good 'read alouds', choruses, and the sort of poems that children can use as models for their own writing.

For more poetry titles compiled by Brian Moses, look out for Poems About the Seaside, Poems About Seasons and Poems About Animals.

GOR009223676
Poems About Festivals by Brian Moses
Brian Moses
Poems About
Used - Very Good
Paperback
Hachette Children's Group
2017-05-11
32
0750291869
9780750291866
N/A
Book picture is for illustrative purposes only, actual binding, cover or edition may vary.
This is a used book - there is no escaping the fact it has been read by someone else and it will show signs of wear and previous use. Overall we expect it to be in very good condition, but if you are not entirely satisfied please get in touch with us.