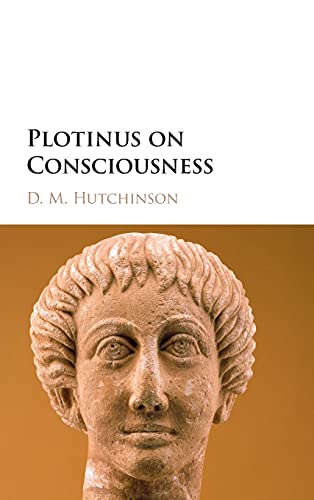 Used Price
$91.99
Free Shipping in the US
Examining the first theory of consciousness in Western philosophy, this book will be important for scholars interested in Plotinus and Neoplatonism. It will also appeal to historians of philosophy studying the mind-body problem and the problem of consciousness, as well as contemporary philosophers and cognitive scientists interested in consciousness.
Reviews:
Trustpilot
Very Good

Plotinus is the first Greek philosopher to hold a systematic theory of consciousness. The key feature of his theory is that it involves multiple layers of experience: different layers of consciousness occur in different levels of self. This layering of higher modes of consciousness on lower ones provides human beings with a rich experiential world, and enables human beings to draw on their own experience to investigate their true self and the nature of reality. This involves a robust notion of subjectivity. However, it is a notion of subjectivity that is unique to Plotinus, and remarkably different from the Post-Cartesian tradition. Behind the plurality of terms Plotinus uses to express consciousness, and behind the plurality of entities to which Plotinus attributes consciousness (such as the divine souls and the hypostases), lies a theory of human consciousness. It is a Platonist theory shaped by engagement with rival schools of ancient thought.

'Hutchinson faces squarely the challenge that the single word 'consciousness' as it is used today is not adequate for translating the Plotinian tetrad of Concepts: antilepsis, parakolouthesis, sunaisthesis, and sunesis ... [It is a] book that ought to be recognized as an important contribution to the historical background of contemporary consciousness studies.' Lloyd P. Gerson, Bryn Mawr Classical Review
'... the book is a valuable contribution to Plotinus scholarship and will be of interest to any student of ancient philosophy and of the history of the philosophy of consciousness.' Damian Caluori, Notre Dame Philosophical Reviews

D. M. Hutchinson is an Associate Professor in the Philosophy Department of St Olaf College, Minnesota.

GOR010810374
Plotinus on Consciousness by D. M. Hutchinson (St Olaf College, Minnesota)
D. M. Hutchinson (St Olaf College, Minnesota)
Used - Very Good
Hardback
Cambridge University Press
2018-04-26
218
1108424767
9781108424769
N/A
Book picture is for illustrative purposes only, actual binding, cover or edition may vary.
This is a used book - there is no escaping the fact it has been read by someone else and it will show signs of wear and previous use. Overall we expect it to be in very good condition, but if you are not entirely satisfied please get in touch with us.