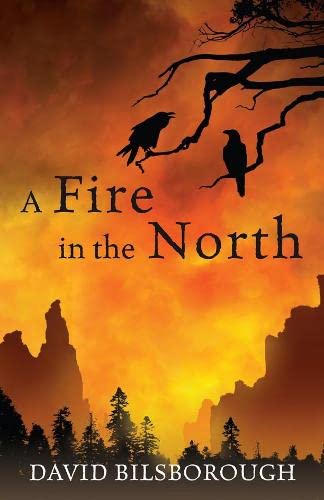 A Fire in the North
by David Bilsborough

In Stock
$259,99
Continuing the `Annals of Lindormyn', a colourful Tolkien-esque fantasy epic full of weird and wonderful adventures
Very Good
Only 2 left

A Fire in the North Summary

A Fire in the North: Annals of Lindormyn 2 by David Bilsborough

This second volume picks up the ongoing story in a tunnel leading out of enchanted mountain realm of Eotunlandt. Fighting their way through subterranean dangers, Nibulus and his diminished retinue of `questers' finally reach the open again, only to discover that their rivals the Thieves have mysteriously disappeared.

Meanwhile, Gapp and a sinisterly altered Methuselech continue towards Wrythe, the last settlement. They find the population strangely degenerated, under the influence of a local leader, in fact the evil being Scathur who has been hiding there for five hundred years, awaiting his moment of vengeance. Scathur recognises that inside Methuselech is the outcast soul of a rival necromancer, Mauglad, so imprisons them both till they manage to flee for their lives.

The rest of the original questers also turn up for a scary sojourn in Wrythe, before heading on to Melhus island with Scathur's deathly henchmen in pursuit. During strange dreams, the wanderer Bolldhe learns he must use a strange sword he has found to kill the evil demigod Drauglir, once and for all. They all venture into Melhus (the Underworld), contesting with the hosts of the dead sent against them. There ensues a colossal battle, with thrills and spills and monumental destruction, before the questers achieve an unexpected victory -and most of them will return to Nordwas sadder but wiser.

A Fire in the North Reviews

Praise for "The Wanderer's Tale": "The saga's world is conceived on the grand scale, loaded with detail, originality, and wit. A very promising debut." --"Booklist" "Bilsborough has imbued the quest novel with a gritty realism, an unlikely set of heroes, a range of magics and cultures, and shown how almost anything that can go wrong will, and under the worst of circumstances." --L. E. Modesitt, Jr. "Plunges readers into a rich, vividly realized world, exploring it alongside fascinating characters. Secrets abound, conflicts rage, gore is spilled--and I can't wait for the sequel!" --Ed Greenwood

David Bilsborough grew up in Malvern, Worcestershire, and still lives there when not teaching overseas. His first novel (and first in this sequence) was The Wanderer's Tale which is followed by A Fire in the North.

GOR001223026
A Fire in the North: Annals of Lindormyn 2 by David Bilsborough
David Bilsborough
Used - Very Good
Hardback
Pan Macmillan
2008-03-07
512
0230014518
9780230014510
N/A
Book picture is for illustrative purposes only, actual binding, cover or edition may vary.
This is a used book. We do our best to provide good quality books for you to read, but there is no escaping the fact that it has been owned and read by someone else previously. Therefore it will show signs of wear and may be an ex library book.