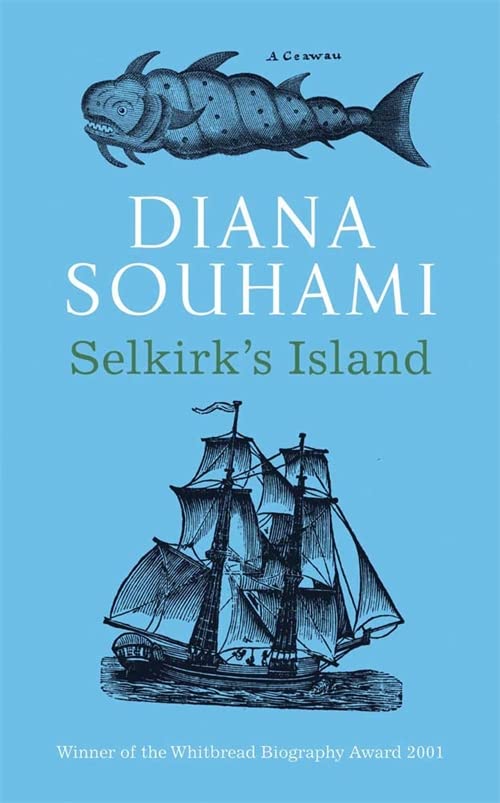 Used Price
$10.99
Free Shipping in the US
The extraordinary story of the real Robinson Crusoe.
Reviews:
Trustpilot
Very Good Good

Alexander Selkirk was marooned on the uninhabited island of Juan Fernandez in 1704 after a row with the captain of his ship. He had been on a treasure seeking adventure to the South Seas. His abandonment meant he was alone for four years and four months, dependent for survival on what the island offered. When rescued he was clad in goat skins and had forgotten how to speak. His story inspired Daniel Defoe to write Robinson Crusoe, the first English novel. In this startlingly original book, which is as much a biography of the island as the man, award-winning author Diana Souhami draws on contemporary memoirs, letters and documents, as well as her own experience of the island to evoke one man's struggle with solitude, fate and his environment.

'A delight from the moment the reader opens it' Christina Hardyment, Independent. * Independent *
'Souhami skilfully conjures the whiff of raki in strange ports, the comfort of nameless women and the pain of scurvy-swollen gums, opening a window onto the perilous life of the eighteenth-century privateer' Literary Review. * Literary Review *
'Masterly. Souhami's excellent book should be read for its insight into a vanished world' Beryl Bainbridge, New Statesman. * New Statesman *
'A book that is as hypnotic and compelling as the island that forms its real subject. A great adventure story, a great read and a real advance for the art of biography' Whitbread Judging Panel. * Whitbread Judging Panel *

Diana Souhami is the author of The Trials of Radclyffe Hall (shortlisted for the James Tait Black Prize for Biography and winner of the US Lambda Literary Award), the bestselling Mrs Keppel and Her Daughter (also winner of the Lambda Literary Award and a New York Times 'Notable Book of the Year'). Her latest book is Murder at Wrotham Hill. She lives in London and Devon.

A Personal Note. The Island. The Journey. The Arrival. The Rescue. London Scribblers. Home. The Island. Endnotes. Acknowledgements. Index.

GOR005756959
Selkirk's Island by Diana Souhami
Diana Souhami
Used - Very Good
Paperback
Quercus Publishing
2013-03-26
256
1782060316
9781782060314
Winner of Whitbread Book Awards: Biography Category 2001
Book picture is for illustrative purposes only, actual binding, cover or edition may vary.
This is a used book - there is no escaping the fact it has been read by someone else and it will show signs of wear and previous use. Overall we expect it to be in very good condition, but if you are not entirely satisfied please get in touch with us.