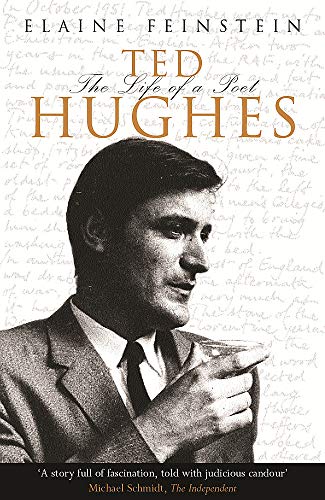 Used Price
$11.39
Free Shipping in the US
The first biography of the former Poet Laureate, famous for his marriage to Sylvia Plath, the subject of his bestseller, BIRTHDAY LETTERS, which has sold over 200,000 copies in hardback.
Reviews:
Trustpilot
Very Good

Ted Hughes: The Life of a Poet by Elaine Feinstein

Ted Hughes is one of the greatest English poets of this century, yet his life was dogged by tragedy and controversy. His marriage to the American poet Sylvia Plath marked his whole life and he never entirely recovered from her suicide in 1963, though he chose to remain silent on the subject for more than 30 years. Many people, including his friend Al Alvarez, have held Hughes's adultery responsible for Plath's death. Elaine Feinstein first met Hughes in 1969, and she was a good friend of his and his sister Olwyn's, both of whom guarded the Plath estate. She knows many of the European and America poets who so influenced Hughes - Seamus Heaney, Thom Gunn, Miroslav Holub, and knows the world in which both he and Plath moved.

'This is an admirable book, fond but fair; hard to believe it could be bettered any time soon' * The Times *
'It is a story full of fascination, told with judicious candour' * The Independent *

Elaine Feinstein is a prize-winning poet, novelist and biographer. She was made a Fellow of the Royal Society of Literature in 1980 and her work has been translated into many languages. She is the author of highly praised lives of Pushkin and Ted Hughes.

GOR010334007
Ted Hughes: The Life of a Poet by Elaine Feinstein
Elaine Feinstein
Used - Very Good
Paperback
Orion Publishing Co
2016-10-13
352
1474605575
9781474605571
N/A
Book picture is for illustrative purposes only, actual binding, cover or edition may vary.
This is a used book - there is no escaping the fact it has been read by someone else and it will show signs of wear and previous use. Overall we expect it to be in very good condition, but if you are not entirely satisfied please get in touch with us.