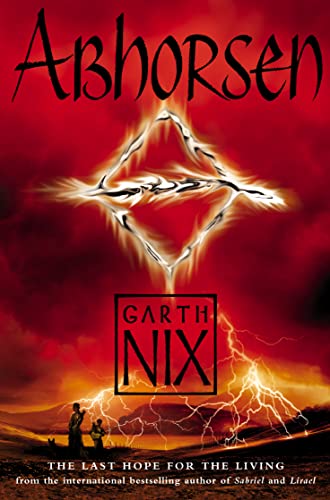 The long-buried secrets of the Old Kingdom and the Ninth Gate are revealed in the sequel to Sabriel and Lirael.

The long-buried secrets of the Old Kingdom and the Ninth Gate are revealed in the sequel to Sabriel and Lirael.

Orannis, the Destroyer, has been freed from its subterranean prison and now seeks to unleash its terrible powers. Only Lirael, Abhorsen-in-Waiting, has any chance of stopping this enemy of all Life. As she and her companions - Sameth, the Disreputable Dog and Mogget - set out on their fated journey, Lirael has no idea of what lies ahead.
Only days earlier, Lirael was merely a Second Assistant Librarian. Now, with only a vision from the Clayr to guide her and without the experience of Abhorsen Sabriel and King Touchstone, she must search both Life and Death for some means to defeat the Destroyer. Before it is too late...

"At once an allegory regarding war and peace and a testament to friendship, this thought-provoking fantasy also resolves the true identities of the popular Dog and Mogget characters-and suggests that Nix may still have more tricks up his sleeve." Publishers Weekly

Praise for Sabriel...
"Sabriel is a winner, a fantasy that reads like realism. I congratulate Garth Nix." Philip Pullman

GOR001247616
Abhorsen by Garth Nix
Garth Nix
Used - Very Good
Paperback
HarperCollins Publishers
2005-01-03
400
0007137354
9780007137350
N/A
Book picture is for illustrative purposes only, actual binding, cover or edition may vary.
This is a used book - there is no escaping the fact it has been read by someone else and it will show signs of wear and previous use. Overall we expect it to be in very good condition, but if you are not entirely satisfied please get in touch with us.