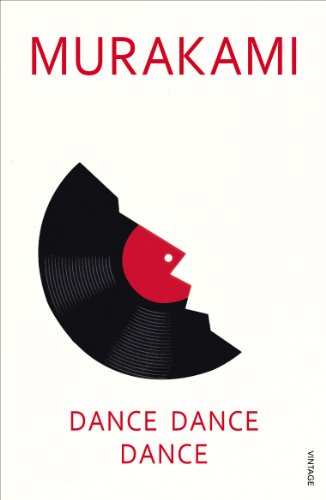 High-class call girls billed to Mastercard. A psychic 13-year-old dropout with a passion for Talking Heads. A hunky matinee idol doomed to play dentists and teachers. A one-armed beach-combing poet, an uptight hotel clerk and one very bemused narrator caught in the web of advanced capitalist mayhem. Combine this offbeat cast of characters with Murakami's idiosyncratic prose and out comes Dance Dance Dance.

"If Raymond Chandler had lived long enough to see Blade Runner, he might have written something like Dance Dance Dance" * Observer *
"An entertaining mix of modern sci-fi, nail-biting suspense and ancient myth...a sometimes funny, sometimes sinister mystery spoof, but like all good postmodern fiction, it also aims at contemporary human concerns, philosophical as well as literary" * Chicago Tribune *
"An entertaining adventure that takes us to the frozen north of Japan, to Hawaii and to the dark, damp corners of the imagination... Reading Dance Dance Dance is a bit like being taken blindfold on a joy-ride" * Independent *
"Mr Murakami writes metaphysical Far Easterns with a Western beat...there are echoes of Raymond Chandler, John Irving and Raymond Carver, but Mr. Murakami's mysterious plots and original characters are very much his own creation" * New York Times *
"Brilliantly combines elements of the surreal, film noir and existentialist enquiry" * Sunday Times *

GOR001216704
Dance Dance Dance by Haruki Murakami
Haruki Murakami
Used - Very Good
Paperback
Vintage Publishing
2002-02-07
400
0099448769
9780099448761
N/A
Book picture is for illustrative purposes only, actual binding, cover or edition may vary.
This is a used book - there is no escaping the fact it has been read by someone else and it will show signs of wear and previous use. Overall we expect it to be in very good condition, but if you are not entirely satisfied please get in touch with us.