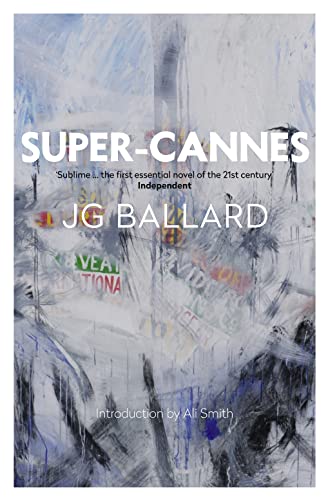 A high-tech business park on the Mediterranean is the setting for a most disturbing crime in this reissue featuring a new introduction by Ali Smith.

A high-tech business park on the Mediterranean is the setting for a most disturbing crime in this reissue featuring a new introduction by Ali Smith.

A disturbing mystery awaits Paul and Jane Sinclair when they arrive in Eden-Olympia, a high-tech business park in the hills above Cannes. Jane is to work as a doctor for those who live in this ultra-modern workers' paradise. But what caused her predecessor to go on a shooting spree that made headlines around the world? As Paul investigates, he begins to uncover a thriving subculture of crime that is spiralling out of control.

Both novel of ideas and complex thriller, `Super-Cannes' is an extraordinary satire from the author of `Empire of the Sun', `The Drowned World' and `Crash'.

This edition is part of a new commemorative series of Ballard's works, featuring introductions from a number of his admirers (including Robert Macfarlane, Hari Kunzru, James Lever and Zadie Smith) and brand-new cover designs from the artist Stanley Donwood.

`Sublime...An elegant, elaborate trap of a novel, which reads as a companion piece to "Cocaine Nights" but takes ideas from that novel and runs further. The first essential novel of the 21st century' Independent

`Possibly his greatest book. "Super-Cannes" is both a novel of ideas and a compelling thriller that will keep you turning the pages to the shocking denouement. Only Ballard could have produced it' Sunday Express

`In this tautly paced thriller he brilliantly details how man's darker side derails a vast experiment in living, and shows the dangers of a near-future in which going mad is the only way of staying sane' Daily Mail

GOR010530160
Super-Cannes by J. G. Ballard
J. G. Ballard
Used - Like New
Paperback
HarperCollins Publishers
2001-08-06
416
0006551602
9780006551607
N/A
Book picture is for illustrative purposes only, actual binding, cover or edition may vary.
This is a used book - there is no escaping the fact it has been read by someone else and it will show signs of wear and previous use. Overall we expect it to be in very good condition, but if you are not entirely satisfied please get in touch with us.