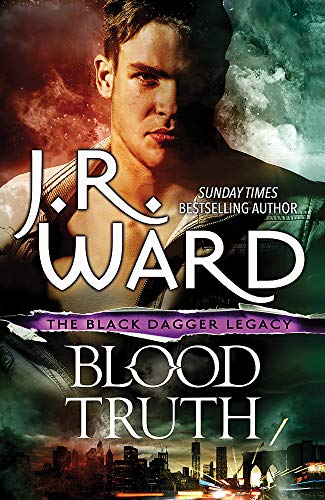 Used Price
$21.99
Free Shipping in the US
The #1 New York Times bestselling author of The Savior is back with the next sizzling and passionate paranormal romance in the Black Dagger Legacy series.
Very Good

'To die for' SUZANNE BROCKMANN

As a trainee in the Black Dagger Brotherhood's program, Boone has triumphed as a soldier and now fights side by side with the Brothers. Following his sire's unexpected death, he is taken off rotation against his protests-and he finds himself working with Butch O'Neal, former homicide cop, to catch a serial killer: Someone is targeting females of the species at a live action role play club. When the Brotherhood is called in to help, Boone insists on being a part of the effort-and the last thing he expects is to meet an enticing, mysterious female . . . who changes his life forever.

Ever since her sister was murdered at the club, Helaine has been committed to finding the killer, no matter the danger she faces. When she crosses paths with Boone, she doesn't know whether to trust him or not-and then she has no choice. As she herself becomes a target, and someone close to the Brotherhood is identified as the prime suspect, the two must work to together to solve the mystery...before it's too late. Will a madman come between the lovers or will true love and goodness triumph over a very mortal evil?
_____________________

Find out why readers are OBSESSED with the Black Dagger Brotherhood...

'Insanely good! . . . Intensely romantic and straight up flipping steamy, violent and gruesome, heartbreaking and deep. Her addictive writing tells a story like none other' Goodreads reviewer

'I can't get enough of these sexy, tough, intriguing vampires' Amazon reviewer

'The story had me captivated the whole way' Kobo reviewer

'Each and every character is compelling' Amazon reviewer

'A must read' Goodreads reviewer

GOR010178385
Blood Truth by J. R. Ward
J. R. Ward
Black Dagger Brotherhood Series
Used - Very Good
Hardback
Little, Brown Book Group
2019-08-13
432
0349423962
9780349423968
N/A
Book picture is for illustrative purposes only, actual binding, cover or edition may vary.
This is a used book - there is no escaping the fact it has been read by someone else and it will show signs of wear and previous use. Overall we expect it to be in very good condition, but if you are not entirely satisfied please get in touch with us.