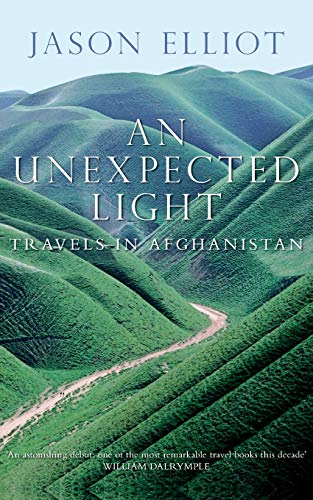 An Unexpected Light
by Jason Elliot

In Stock
$9.69
A remarkable journey to the heart of a remarkable country
Very Good Good
8 in stock

An Unexpected Light: Travels in Afghanistan by Jason Elliot

An Unexpected Light, Travels in Afghanistan was greeted on publication by universal critical acclaim and is now widely acknowledged as the most influential contemporary work of Afghanistan. Written on the eve of 9/11, at the height of Afghanistan's isolation from the world, Jason Elliot's uncannily prescient account of his winter journey through the country torn by civil war is as pertinent today as it was then.

Winner of the Thomas Cook/Daily Telegraph Travel Book Award in the UK and a New York Times Bestseller in the USA, it recounts the author's daring and passionate investigation into an extraordinary culture, first as a clandestine guest of the mujaheddin during the Soviet occupation, and ten years later during the Taleban advance on the besieged capital, Kabul.

This new edition of An Unexpected Light is illustrated with the author's photographs and celebrates a classic work of travel literature.

`Jason Elliot is that rare traveller who surrenders himself to people and places and this tale is a many-layered reconstruction of his experience . . . I am sure this book will soon be among the classics of travel'

`An Unexpected Light is often unexpectedly funny and constantly perceptive, but it is also profound' New York Times

`What raises the book to the level of a classic is its intensely personal meditation on the magic of unplanned adventure, of the pain and pleasure of pushing into the unknown. The whole book, like Elliot's travels themselves, operated on this heightened level' The Times

Jason Elliot lives in London. His second book, Mirrors of the Unseen: Journeys in Iran, is also published by Picador.

GOR001238132
An Unexpected Light: Travels in Afghanistan by Jason Elliot
Jason Elliot
Used - Very Good
Paperback
Pan Macmillan
2000-09-08
496
0330371622
9780330371629
Winner of Thomas Cook/Daily Telegraph Travel Book Award 2000 Winner of Thomas Cook Travel Book Award 2000
Book picture is for illustrative purposes only, actual binding, cover or edition may vary.
This is a used book - there is no escaping the fact it has been read by someone else and it will show signs of wear and previous use. Overall we expect it to be in very good condition, but if you are not entirely satisfied please get in touch with us.