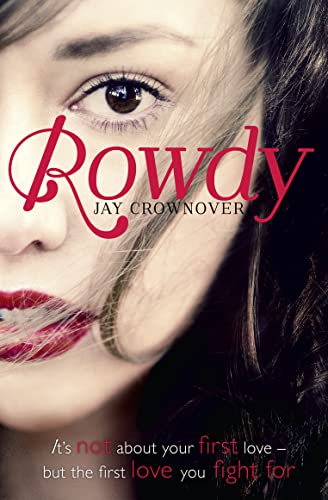 It's not about your first love, but the first love you fight for... The fifth book in the scorching hot NEW YORK TIMES bestselling MARKED MEN New Adult series.

It's not about your first love, but the first love you fight for... The fifth book in the scorching hot NEW YORK TIMES bestselling MARKED MEN New Adult series.

After his first broken heart, Rowdy St. James decided he was going to do everything in his power to live up to his nickname:life was all about the good times. But when a ghost from the past appears, she makes him question everything he thought he knew about love.

Salem Cruz grew up in a house with too many rules - and no fun allowed. She left it all behind as soon as she could, but she never forgot the sweet, blue-eyed boy next door who'd been in love with her little sister. Now, Salem is determined to show Rowdy he picked the wrong sister all those years ago.

As their relationship heats up, Rowdy starts to let his heart go - until the one person who could drive them apart shows up again.

`The characters of Crownover's Marked Men series are all outlandishly colorful and irresistibly passionate, while still being so genuine that their stories become unforgettable. This fifth installment, which reunites old friends and lovers, is no exception' RT BOOK REVIEWS

Jay Crownover is the New York Times and USA Today bestselling author of the Marked Men and Welcome to the Point series. Like her characters, she is a big fan of tattoos. She loves music and wishes she could be a rock star, but since she has no aptitude for singing or instrument playing, she'll settle for writing stories with interesting characters and make the reader feel something. She lives in Colorado with her three dogs.

GOR006707599
Rowdy (The Marked Men, Book 5) by Jay Crownover
Jay Crownover
The Marked Men
Used - Very Good
Paperback
HarperCollins Publishers
2014-11-24
400
0007579071
9780007579075
N/A
Book picture is for illustrative purposes only, actual binding, cover or edition may vary.
This is a used book - there is no escaping the fact it has been read by someone else and it will show signs of wear and previous use. Overall we expect it to be in very good condition, but if you are not entirely satisfied please get in touch with us.