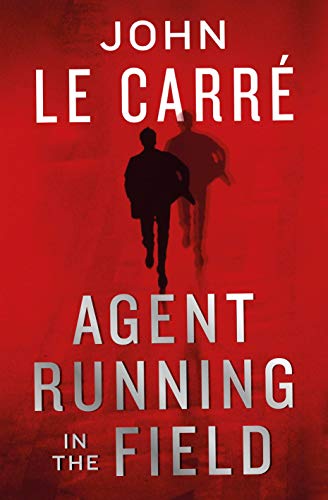 Agent Running in the Field
by John le Carre

Agent Running in the Field Summary

Agent Running in the Field by John le Carre

Nat, a 47 year-old veteran of Britain's Secret Intelligence Service, believes his years as an agent runner are over. He is back in London with his wife, the long-suffering Prue. But with the growing threat from Moscow Centre, the office has one more job for him. Nat is to take over The Haven, a defunct substation of London General with a rag-tag band of spies. The only bright light on the team is young Florence, who has her eye on Russia Department and a Ukrainian oligarch with a finger in the Russia pie.

Nat is not only a spy, he is a passionate badminton player. His regular Monday evening opponent is half his age: the introspective and solitary Ed. Ed hates Brexit, hates Trump and hates his job at some soulless media agency. And it is Ed, of all unlikely people, who will take Prue, Florence and Nat himself down the path of political anger that will ensnare them all. Agent Running in the Field is a chilling portrait of our time, now heartbreaking, now darkly humorous, told to us with unflagging tension by the greatest chronicler of our age.
_______________________________

'A rich, beautifully written book studded with surprises. Narrative is a black art, and Le Carre is its grandmaster' Andrew Taylor, Spectator

'Subtle, wry and seamless, it's an utter joy, from first page to last' Daily Mail

Agent Running in the Field Reviews

A fine piece of storytelling. It is a neat, compact, slow-burning tale with just the right amount of twisting and turning and misdirection. Divided loyalties, uncertain motives, Russian agents, bureaucratic infighting, jaded spies, tatty offices - all of the things you want and expect from a high-quality le Carre thriller are here * The Times *
A very classy entertainment about political ideals and deception . . . laced with fury at the senseless vandalism of Brexit and of Trump. Le Carre is the master of the spy genre. * Guardian *
Le Carre delivers a tale for our times, replete with the classic seasoning of betrayal, secret state shenanigans and sad-eyed human frailty, all baked into an oven-hot contemporary thriller . . . Agent Running in the Field is right on the money, in psychology as much as politics, a demonstration of the British spy thriller at its unputdownable best * Robert McCrum, Observer *
As ingeniously structured as any of le Carre's fiction, skilfully misdirecting the reader for much of the time * Evening Standard *
A masterpiece * Mick Herron, TLS *
Master of the game * Sunday Times *
Le Carre's troubled new protagonist is developed with the author's customary skill . . . an impeccable piece of writing * i *
No other writer has charted - pitilessly for politicians but thrillingly for readers - the public and secret histories of his times * Guardian *
The master is back on form in this tale of Russian subterfuge and a middle-aged spy 's suspicious badminton partner * The Times *
A rich, beautifully written book studded with surprises. Narrative is a black art, and Le Carre is its grandmaster * Andrew Taylor, Spectator *
The master espionage novelist takes on Brexit and Trump in this tense and chilling portrait of today * Evening Standard *
Wonderful . . . sophisticated entertainment from an author who, at 88, remains sharper than most of us * Church Times *
John le Carre is as recognisable a writer as Dickens or Austen * Financial Times *
A bang-up-to-date investigation of some of the big issues of our time * Sunday Express *
Le Carre demonstrates once again his sublime elegance as a writer, and his delicate touch when portraying human failings in the shadowy world of espionage . . . subtle, wry and seamless, it's an utter joy, from first page to last * Daily Mail *
A literary master for a generation * Observer *
Blisteringly contemporary . . . Each new book from le Carre is refreshingly different and uniquely compelling * Economist *
One of those writers who will be read a century from now * Robert Harris *
Astute state-of-the-nation commentary * The Guardian Books of the Year *
Classic, unmistakeable le Carre . . . it has the added bonus of some wonderfully vitriolic rants * Shots magazine: Book of the Month *
The master of the espionage novel returns with a perfectly nuanced story of a spy on the scrapheap at the age of 47 and uncertain who to trust in the world of Brexit and divided loyalties * Daily Mail, Books of the Year *

John le Carre was born in 1931 and attended the universities of Bern and Oxford. He taught at Eton before serving in British Intelligence during the Cold War. For more than fifty years he has lived by his pen. He divides his time between London and Cornwall.

GOR010083385
Agent Running in the Field by John le Carre
John le Carre
Used - Very Good
Hardback
Penguin Books Ltd
2019-10-17
288
0241401232
9780241401231
N/A
Book picture is for illustrative purposes only, actual binding, cover or edition may vary.
This is a used book - there is no escaping the fact it has been read by someone else and it will show signs of wear and previous use. Overall we expect it to be in very good condition, but if you are not entirely satisfied please get in touch with us.