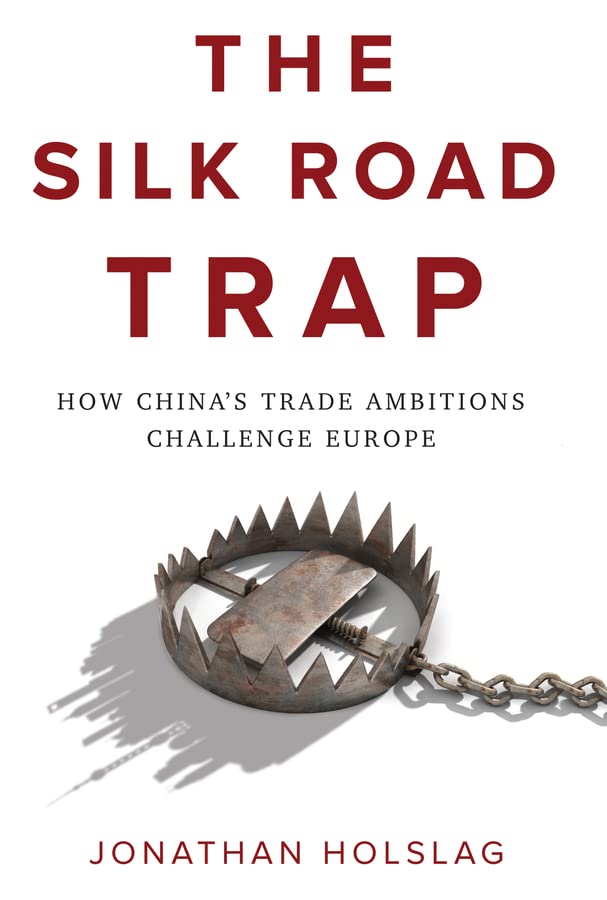 For almost two decades, China has claimed that its expanding economy benefits Europe, stimulating European growth, exports, and employment. But the reality is not so clear-cut. Whilst individual companies may have profited from China's economic rise, unbalanced trade with China has actually cost Europe over 1.4 trillion euros in the last ten years as well as undermining its political influence. China's monumental infrastructural project, the Belt And Road Initiative or New Silk Road as it has come to be known - is set to make this situation even worse.

The Silk Road Trap is the first book to expose just how risky this uneven partnership is for Europe. In it, leading expert on Asian affairs Jonathan Holslag, argues that Europe must reduce its reliance on China and work on building a stronger and more sustainable European economic model. By revealing the political aspirations and economic strategy behind the new Silk Road, he lays out its implications for specific European industries, from steel over aircraft to robots. Holslag, though critical of China, does not, however, make the case for confrontational, Trumpian protectionism. Instead, he posits that the new Silk Road need not ensnare Europe; it offers the continent a unique opportunity to transition from a future "made in China" to one that is "made in Europe".

'In this perceptive and pragmatic book, Jonathan Holslag awakens Europe to its romantic self-deception regarding China's expansionist intentions and offensives. Europe must get realistic about China and this book may just be that wake-up call.'
Karel de Gucht, Vrije Universiteit Brussel and former EU trade commissioner

'A strong and thought-provoking argument about the implications of China's rise for Europe.'
Alan Beattie, Financial Times

'A powerful counterpoint to the increasingly complacent attitudes of European (and British) policymakers to a country that combines authoritarian politics with a state-directed economic system.'
MoneyWeek

Tables, Figures and Boxes 1. A call for economic realism 2. Europe's failed engagement 3. China's ambition for the future 4. China's connectivity contest 5. The "Belt and Road" and "Made in China 2025" 6. European future made in Europe Notes and references

CIN000110270
The Silk Road Trap: How China's Trade Ambitions Challenge Europe by Jonathan Holslag
Jonathan Holslag
Used - Very Good
Paperback
Polity Press
2019-01-04
232
1509534695
9781509534692
N/A
Book picture is for illustrative purposes only, actual binding, cover or edition may vary.
This is a used book - there is no escaping the fact it has been read by someone else and it will show signs of wear and previous use. Overall we expect it to be in very good condition, but if you are not entirely satisfied please get in touch with us.