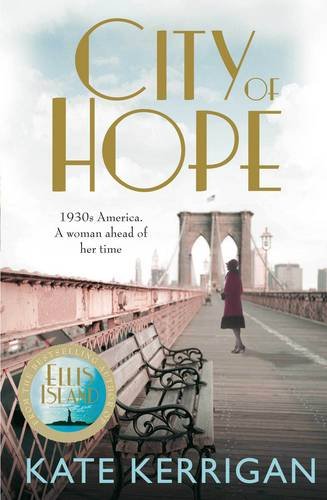 City of Hope
by Kate Kerrigan

Used Price
$9.69
Free Shipping in the US
Set in rural Ireland and hedonistic New York in the 1930s, City of Hope is a beautiful meditation on loves lost and found.
Reviews:
Trustpilot
Very Good

City of Hope by Kate Kerrigan

It is the 1930s and when her beloved husband John suddenly dies, young Ellie Hogan decides to leave Ireland and return to New York. She hopes that the city's vibrancy will distract her from her grief. But the Depression has rendered the city unrecognisable - gone is the energy and party atmosphere that Ellie fell in love with ten years before.

Ellie plunges headfirst into a new life pouring all her passion and energy into running a home and refuge for the homeless. In return they give her the kind of love, support and friendship she needs to try to overcome her grief. Until, one day, someone she thought she'd never see again steps through her door. It seems that even the Atlantic isn't big enough to prevent the tragedies of the past catching up with her . . .

'This story is written with so much heart ...' Cecelia Ahern

"'This book is one to keep. Anyone who reads it will return to it, time and again, either for the story or to seek out one of the many old recipes' Ireland on Sunday"