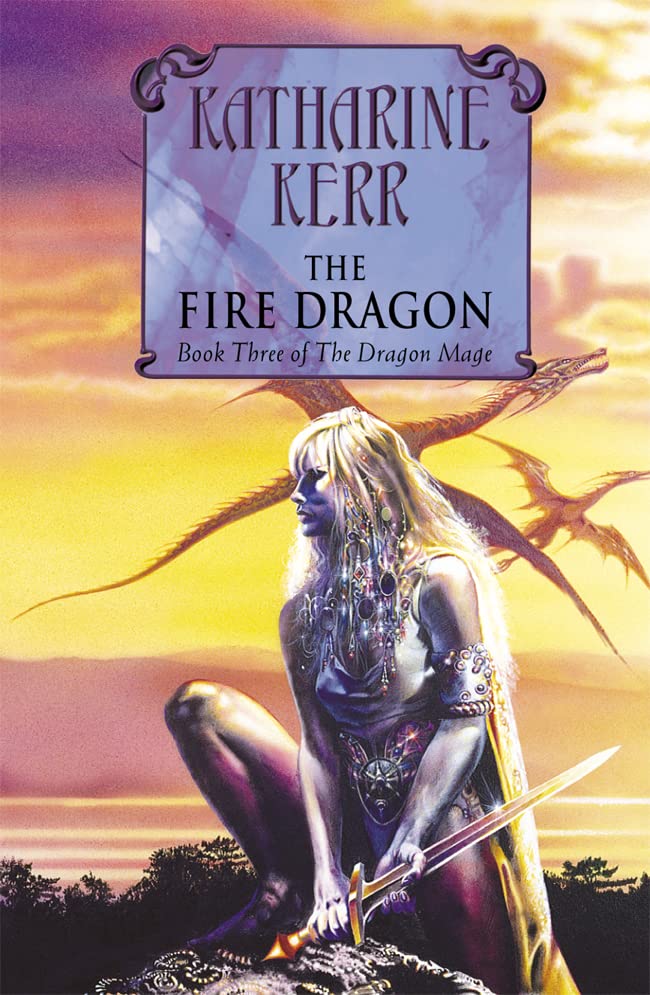 The Fire Dragon
by Katharine Kerr

The concluding volume in the exciting new series, The Dragon Mage - and the eleventh in the bestselling Deverry Cycle.

The Fire Dragon (The Dragon Mage, Book 3) by Katharine Kerr

The concluding volume in the exciting new series, The Dragon Mage - and the eleventh in the bestselling Deverry Cycle.

The Fire Dragon tells two separate stories: one set in the "present" of 1117, and one set in the past, the era of the Civil Wars. In the present, Raena's trouble-making in Cerr Cawnen leads to terrible death and destruction but may ultimately succeed in offering the final working-out of Rhodry's Wyrd. In the past, Nevyn and Lilli attempt to solve the riddle of the curse tablet, but the price will be high.

In this, the eleventh volume in the Deverry cycle and third of the Dragon Mage series, storylines begun in Dawnspell: The Bristling Wood, A Time of Exile and The Black Raven - both the `present' of 1117 and the past - will reach their triumphant and spellbinding conclusion. But there will be more Deverry books to unravel the situation that climaxes The Fire Dragon...

`Much as I dislike comparing anything to THE LORD OF THE RINGS, I have to admit that on this occasion it's justified.'
INTERZONE

Born in Ohio, 1944. Moved to San Francisco Bay Area in 1962 and has lived there ever since. Katharine Kerr has read extensively in the fields of classical archaeology, and medieval and Dark Ages history and literature, and these influences are clear in her work. Her epic Deverry series has won widespread praise and millions of fans around the world.

GOR001286487
The Fire Dragon (The Dragon Mage, Book 3) by Katharine Kerr
Katharine Kerr
The Dragon Mage
Used - Very Good
Paperback
HarperCollins Publishers
2000-10-02
368
0002246473
9780002246477
N/A
Book picture is for illustrative purposes only, actual binding, cover or edition may vary.
This is a used book - there is no escaping the fact it has been read by someone else and it will show signs of wear and previous use. Overall we expect it to be in very good condition, but if you are not entirely satisfied please get in touch with us.