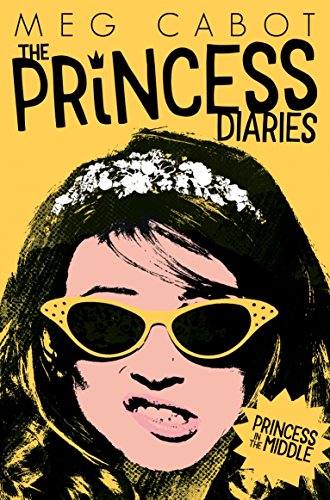 Princess in the Middle
by Meg Cabot

Used Price
$10.39
Free Shipping in the US
The third novel in the hilarious, bestselling The Princess Diaries series
Reviews:
Trustpilot
Very Good

Princess in the Middle Summary

Princess in the Middle by Meg Cabot

Mia Thermopolis has got everything a girl could possibly want. She's a princess - and she's got a boyfriend! But that's where it all goes wrong. Because Kenny is just not the guy she really wants. Michael's the one she's loved forever - but he's going out with someone infinitely cleverer than Mia. Someone who can clone fruit flies, for heaven's sake! Will the story end happily ever after for the Princess of Genovia?

Previously published as Third Time Lucky, Princess in the Middle is the third novel in the hilarious, bestselling The Princess Diaries series by Meg Cabot - with a gorgeous cover to celebrate the series's fifteenth anniversary.

Customer Reviews - Princess in the Middle

The Princess Diaries series continues to be phenomenally successful fifteen years after its first publication. After topping the US and UK bestseller lists for weeks and winning several awards, Meg Cabot was crowned the 'reigning grande dame of teenage chick lit' by The New York Times Book Review. Two films produced by Disney based on the series have been hugely popular throughout the world.

GOR007409600
Princess in the Middle by Meg Cabot
Meg Cabot
Princess Diaries
Used - Very Good
Paperback
Pan Macmillan
2015-07-01
288
1447280644
9781447280644
N/A
Book picture is for illustrative purposes only, actual binding, cover or edition may vary.
This is a used book - there is no escaping the fact it has been read by someone else and it will show signs of wear and previous use. Overall we expect it to be in very good condition, but if you are not entirely satisfied please get in touch with us.