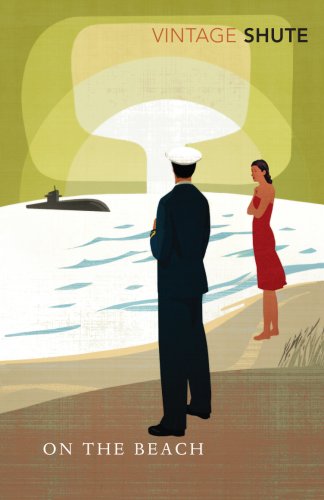 On The Beach
by Nevil Shute

Used Price
$12.99
Free Shipping in the US
Then a faint Morse code signal is picked up, transmitting from the United States and the submarine must set sail through the bleak ocean to search for signs of life.

On the Beach is Nevil Shute's most powerful novel.

On The Beach Summary

On The Beach by Nevil Shute

After the war is over, a radioactive cloud begins to sweep southwards on the winds, gradually poisoning everything in its path. An American submarine captain is among the survivors left sheltering in Australia, preparing with the locals for the inevitable. Despite his memories of his wife, he becomes close to a young woman struggling to accept the harsh realities of their situation. Then a faint Morse code signal is picked up, transmitting from the United States and the submarine must set sail through the bleak ocean to search for signs of life.

On the Beach is Nevil Shute's most powerful novel. Both gripping and intensely moving, its impact is unforgettable.

Customer Reviews - On The Beach

On The Beach Reviews

Shute's most considerable achievement * Daily Telegraph *
The most evocative novel on the aftermath of a nuclear war * The Times *
Fictions such as On the Beach played an important role in raising awareness about the threat of nuclear war. We stared into the abyss and then stepped back from the brink * Guardian *
Still incredibly moving after nearly half a century * Economist *
Timely and ironic..an indelibly sad ending that leaves you tearful and disturbed * Los Angeles Times *

GOR001586634
On The Beach by Nevil Shute
Nevil Shute
Used - Very Good
Paperback
Vintage Publishing
2009-09-03
320
0099530252
9780099530251
N/A
Book picture is for illustrative purposes only, actual binding, cover or edition may vary.
This is a used book - there is no escaping the fact it has been read by someone else and it will show signs of wear and previous use. Overall we expect it to be in very good condition, but if you are not entirely satisfied please get in touch with us.