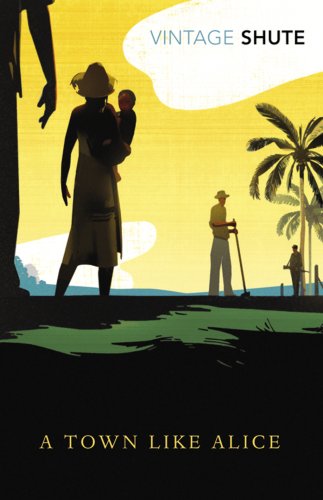 Used Price
$12.39
Free Shipping in the US
Jean Paget is just twenty years old and working in Malaya when the Japanese invasion begins. When she is captured she joins a group of other European women and children whom the Japanese force to march for miles through the jungle - an experience that leads to the deaths of many.
Reviews:
Trustpilot
Very Good Good

'Probably more people have shed tears over the last page of A Town Like Alice than about any other novel in the English language... remarkable' Guardian

Jean Paget is just twenty years old and working in Malaya when the Japanese invasion begins.

When she is captured she joins a group of other European women and children whom the Japanese force to march for miles through the jungle - an experience that leads to the deaths of many.

Due to her courageous spirit and ability to speak Malay, Jean takes on the role of leader of the sorry gaggle of prisoners and many end up owing their lives to her indomitable spirit. While on the march, the group run into some Australian prisoners, one of whom, Joe Harman, helps them steal some food, and is horrifically punished by the Japanese as a result.

After the war, Jean tracks Joe down in Australia and together they begin to dream of surmounting the past and transforming his one-horse outback town into a thriving community like Alice Springs...

With an introduction by Eric Lomax, author of The Railway Man

This direct, simply told story is about honest, dogged virtues, at least as redolent of its era as street parties or 'We'll Meet Again' * The Times *
A Town like Alice is the most romantic book I've ever read...Jean's determination to survive is inspirational, and the love she finds later is beautiful -- Catherine Tate * Mail on Sunday *
A ripping tale of budding romance and grace under pressure * The Times *
A heart-rending tale of torture, human fortitude and forbearance, inhumanity and hardship * Sunday Times *
That supreme storyteller, Nevil Shute...I could hardly bear to put the book down. I read it voraciously for days -- May Lovell * The Times *

GOR001362703
A Town Like Alice by Nevil Shute
Nevil Shute
Used - Very Good
Paperback
Vintage Publishing
2009-09-03
368
0099530260
9780099530268
N/A
Book picture is for illustrative purposes only, actual binding, cover or edition may vary.
This is a used book - there is no escaping the fact it has been read by someone else and it will show signs of wear and previous use. Overall we expect it to be in very good condition, but if you are not entirely satisfied please get in touch with us.