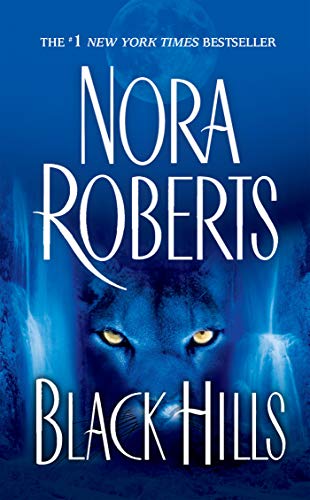 In Stock
$29.99
A #1 "New York Times"-bestselling author takes readers deep into the rugged Black Hills of South Dakota, where the shadows hide secrets, hunters stalk the land, and a childhood friendship matures into an adult passion.
Very Good Good
5 in stock

In this #1 New York Times bestseller, Nora Roberts takes readers deep into the rugged Black Hills of South Dakota, where the shadows keep secrets, hunters stalk the land, and a childhood friendship matures into an adult passion.

Cooper Sullivan spent the summers of his youth on his grandparents' South Dakota ranch, sharing innocent games and stolen kisses with the neighbor girl, Lil Chance. Now, twelve years after they last walked together hand in hand, fate has brought them back to the Black Hills.

Coop has left his fast-paced life as an investigator in New York to take care of his aging grandparents and the ranch he has come to call home. Though the memory of his touch still haunts her, Lil has let nothing stop her dream of opening the Chance Wildlife Refuge, but something...or someone...has been keeping a close watch. When small pranks and acts of destruction escalate into a heartless attack on Lil's beloved cougar, memories of an unsolved murder in these very hills have Coop springing to action to keep Lil safe.

Lil and Coop know the natural dangers that lurk in the wild landscape of the Black Hills. But a killer of twisted and unnatural instincts has singled them out as prey...

"This premier storyteller proves an ordinary love story can still win your heart, and even an inevitable confrontation may scare you silly."--Publishers Weekly

"Another Roberts masterpiece...Once again, she creates compelling characters and produces a story that grabs your attention and doesn't let go until the last pages."--McClatchy-Tribune News Service

"As in previous Roberts novels, well-fleshed-out characters add emotional punch to the action. The juxtaposition of animal and human predators eloquently points out where true viciousness lies. Twin love stories are beautifully woven throughout the gripping suspense. This is one of Roberts' best!"--RT Book Reviews

GOR001945470
Black Hills by Nora Roberts
Nora Roberts
Used - Very Good
Paperback
Penguin Putnam Inc
2010-05-25
464
0515148040
9780515148046
N/A
Book picture is for illustrative purposes only, actual binding, cover or edition may vary.
This is a used book - there is no escaping the fact it has been read by someone else and it will show signs of wear and previous use. Overall we expect it to be in very good condition, but if you are not entirely satisfied please get in touch with us.