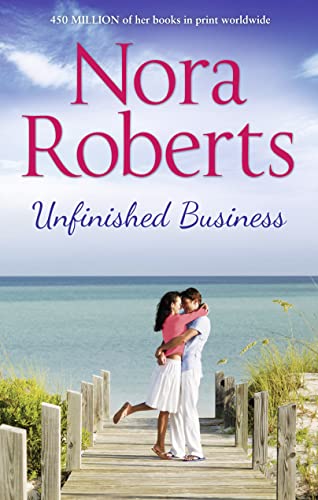 In Stock
$12.69
THE INTERNATIONAL BESTSELLING AUTHOR

`The most successful novelist on Planet Earth' Washington Post

`The most successful novelist on Planet Earth' Washington Post

Hyattown had changed very little in the years Vanessa Sexton had been away. In some ways her high school sweetheart, Brady Tucker, hadn't changed much either-he was still lean, athletic, rugged... But the once reckless boy had become a solid, dependable man. He'd stood her up on the most important night of her life; could she ever trust him again?

So Vanessa had finally come home, Brady thought. She could still turn him inside out with one of her sultry looks. He couldn't believe she hadn't forgiven him for that night twelve years ago-but he'd had his reasons for not showing up. He'd let her leave town then-but he wasn't going to let her get away this time...
Nora Roberts is a publishing phenomenon; this New York Times bestselling author of over 200 novels has more than 450 million of her books in print worldwide.

`A storyteller of immeasurable diversity and talent' Publisher's Weekly

`You can't bottle wish fulfilment, but Nora Roberts certainly knows how to put it on the page.' New York Times

GOR008357463
Unfinished Business by Nora Roberts
Nora Roberts
Used - Like New
Paperback
HarperCollins Publishers
2015-03-20
304
0263253430
9780263253436
N/A
Book picture is for illustrative purposes only, actual binding, cover or edition may vary.
The book has been read, but looks new. The book cover has no visible wear, and the dust jacket is included if applicable. No missing or damaged pages, no tears, possible very minimal creasing, no underlining or highlighting of text, and no writing in the margins.