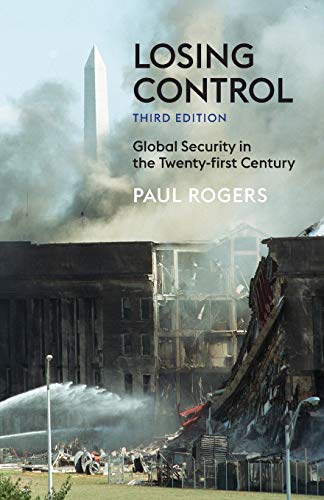 Used Price
$9.99
Free Shipping in the US
New edition of global security expose which argues that elite societies cannot maintain their power and position in an increasingly divided world.
Reviews:
Trustpilot
Very Good

When Losing Control was first published a decade ago it was years ahead of its time. Its argument was simple - the real causes of global insecurity were the widening socio-economic divide, global marginalisation and environmental limitations, especially climate change and conflict over energy resources.

Paul Rogers, one of the most original thinkers on international security, pointed to a world in which irregular warfare from the margins would prevent powerful states from maintaining their position. He even predicted accurately how the United States would respond to a catastrophic attack.

The new edition brings the whole analysis right up to date, arguing persuasively that the world's elite cannot maintain control and that a far more emancipatory and sustainable approach to global security has to be developed.

'Outstanding ... combines a glimpse behind the security screens with a sharp analysis of the real global insecurities - growing inequality and unsustainability' -- New Internationalist
'Paul Rogers is one of those dangerous people who can change your mind' -- Rear Admiral Richard Cobbold, CB, FRAeS, Former Director, Royal United Services Institution for Defence Studies
'No security policy adviser or analyst worth their salt can afford to be without this book' -- Dr Scilla Elworthy, Founding Director, Oxford Research Group.

CIN000312117
Losing Control: Global Security in the 21st Century by Paul Rogers
Paul Rogers
Used - Very Good
Paperback
Pluto Press
2010-03-03
240
0745329373
9780745329376
N/A
Book picture is for illustrative purposes only, actual binding, cover or edition may vary.
This is a used book - there is no escaping the fact it has been read by someone else and it will show signs of wear and previous use. Overall we expect it to be in very good condition, but if you are not entirely satisfied please get in touch with us.