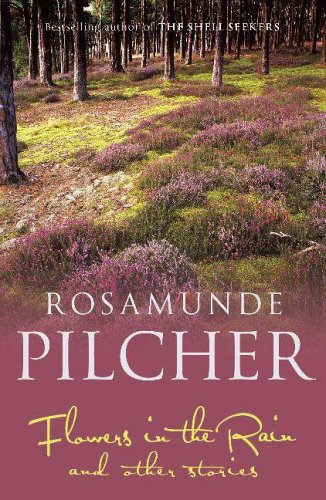 Flowers in the Rain
by Rosamunde Pilcher

Flowers in the Rain Summary

Flowers in the Rain by Rosamunde Pilcher

Through thick mist and a cold east wind, Lavinia returns to Scotland. Up at the big house Mrs Farquhar is dying. Seeing Lachlan again, Lavinia remembers her childhood holidays there: swimming in the loch, the picnics, bottle-feeding the lambs down at the farm and the evenings when they danced reels. Most of all, she remembers Mrs Farquhar's grandson Rory.

In the house, as the old lady lies serene and beautiful in the bed she has slept in since coming home to Lachlan as a bride, Lavinia meets Rory once again.

Flowers in the Rain is one of sixteen stories, each giving another magical glimpse into Rosamunde Pilcher's world. The world in which most prefer to live all the time.

Flowers in the Rain Reviews

Her genius is to create characters you really care for * Daily Express *
Pilcher's storytelling skills are serene and beguiling * The Times *
It is never too soon to discover Rosamunde Pilcher * Good Housekeeping *
Whether she is being poignant, wry or perceptive, Rosamunde Pilcher is always gentle * Woman's Realm *

GOR001229441
Flowers in the Rain by Rosamunde Pilcher
Rosamunde Pilcher
Used - Very Good
Paperback
Hodder & Stoughton
2006-05-08
304
0340840234
9780340840238
N/A
Book picture is for illustrative purposes only, actual binding, cover or edition may vary.
This is a used book - there is no escaping the fact it has been read by someone else and it will show signs of wear and previous use. Overall we expect it to be in very good condition, but if you are not entirely satisfied please get in touch with us.