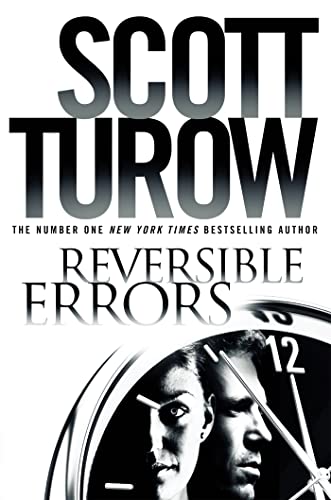 Used Price
$9.99
Free Shipping in the US
A supercharged, exquisitely suspenseful novel about a vicious triple murder and the man condemned to die for it.
Reviews:
Trustpilot
Very Good

Rommy "Squirrel" Gandolph is an inmate on death row for a 1991 triple murder. His slow progress toward execution is nearing completion when Arthur Raven, a corporate lawyer and Rommy's reluctant representative, receives word of new evidence that will exonerate Gandolph. Arthur's opponent is the formidable prosecuting attorney Muriel Wynn. Together with Larry Starczek, the original detective on the case, she is determined to see Rommy's fate sealed. Meanwhile the judge who originally found him guilty is just out of prison herself.

Scott Turow's compelling, multi-dimensional characters take the reader into Kindle County's parallel yet intersecting worlds of weary police, small-time crooks and ambitious lawyers. No other writer offers such a convincing picture of how the law and life interact - or such a profound understanding of what is at stake when the state holds the power to end a man's life.

When it comes to courtroom drama, Turow blows even Grisham out of the water . . . this is lean, mean writing, but with plenty of heart too . . . A novel that'll have you chomping at the bit from beginning to end * Daily Mirror *
Demonstrates why Turow remains head-and-shoulders above others in the legal thriller genre he created . . . a humane examination of flawed people and an engrossing mystery. Terrific * Observer *
Absorbing and unsettling * Times Literary Supplement *
First-rate . . . Turow shows why he deserves to be top of the charts * Independent on Sunday *
Turow is a wonderful stylist, with an unparalleled ear for the cadences of speech and the ways his characters adapt their behaviour in different settings. He is also a brilliant chronicler of contemporary America . . . a gripping, moving novel * Sunday Times *
This is Turow at his best. He delivers a cleverly crafted narrative contrast that traces out the existences of his protagonists as a series of frayed ends, unravels them further, and finally ties them into a series of neat knots, like a Persian carpet. The result is complex and elegant * The Times *
Fascinating * Guardian *
Turow is master of the courtroom drama genre . . . gripping * Scotsman *
An intelligent, ambitious novel and one, crucially, with something to say * Mail on Sunday *

Scott Turow is the world-famous author of several bestselling novels about the law, from Presumed Innocent to Reversible Errors , as well as the wartime thriller Ordinary Heroes. He has also written an examination of the death penalty, Ultimate Punishment. He lives with his family outside Chicago, where he is a partner in the international law firm of Sonnenschein Nath & Rosenthal.

GOR006734876
Reversible Errors by Scott Turow
Scott Turow
Kindle County
Used - Very Good
Paperback
Pan Macmillan
2014-05-22
576
1447271866
9781447271864
N/A
Book picture is for illustrative purposes only, actual binding, cover or edition may vary.
This is a used book - there is no escaping the fact it has been read by someone else and it will show signs of wear and previous use. Overall we expect it to be in very good condition, but if you are not entirely satisfied please get in touch with us.