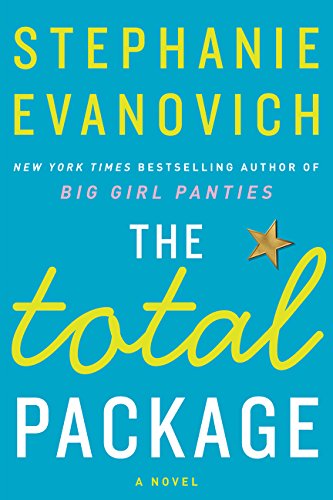 The Total Package
by Stephanie Evanovich

Used Price
$6.39
Free Shipping in the US
N/A
Very Good

The Total Package by Stephanie Evanovich

The New York Times bestselling author of Big Girl Panties is back with a funny, sweet, and sizzling novel about love, redemption, and second chances.

Heartthrob star quarterback Tyson Palmer has it all: a million-dollar arm, a winning season and the promise of a Superbowl ring. But more importantly, football's biggest star is the ultimate comeback kid. After an addiction to painkillers nearly derailed his career, Tyson got sober and went from zero to hero in the eyes of the public.

But one person remains unconvinced: Dani Carr, a sports commentator with high ratings and following of her own.

Dani can't forgive Tyson's transgressions or forget a single passionate night with him back in college. To make things worse, Tyson doesn't realize that the bombshell with huge ratings is the cute co-ed whose heart he once broke.

Stephanie Evanovich is a full-fledged Jersey girl from Asbury Park and the New York Times bestselling author of Big Girl Panties and The Sweet Spot.

Stephanie Evanovich began writing fiction while waiting for her cues during countless community theater projects. Now a full-time writer, she's an avid sports fan who holds a black belt in tae kwon do.

CIN000031583
The Total Package by Stephanie Evanovich
Stephanie Evanovich
Used - Very Good
Hardback
HarperCollins Publishers Inc
2016-03-15
256
0062234854
9780062234858
N/A
Book picture is for illustrative purposes only, actual binding, cover or edition may vary.
This is a used book - there is no escaping the fact it has been read by someone else and it will show signs of wear and previous use. Overall we expect it to be in very good condition, but if you are not entirely satisfied please get in touch with us.