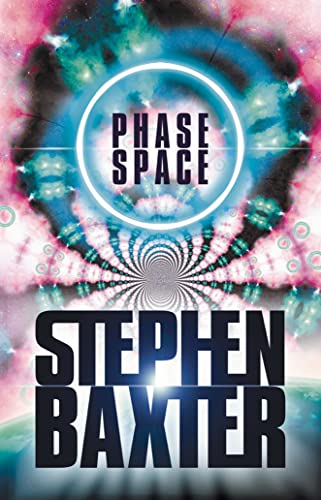 Tied in to Baxter's masterful Manifold trilogy, these thematically linked stories are drawn from the vast graph of possibilities across which the lives of hero Reid Malenfant have been scattered.

Tied in to Baxter's masterful Manifold trilogy, these thematically linked stories are drawn from the vast graph of possibilities across which the lives of hero Reid Malenfant have been scattered.

It is the year 2025. Reid Malenfant is the commander of a NASA earth-orbiting science platform. The platform is intended to probe the planets of the nearest star system by bouncing laser pulses off them. But no echoes are returned... and Malenfant's reality begins to crumble around him. Huddling with his family, awaiting the end - or an unknown new beginning - Malenfant tells stories of other possibilities, other realities.

The linked stories encompass the myriad possibilities that might govern our relationship with the universe: are we truly alone, or will we eventually meet other lifeforms? Perhaps intelligent species decide to turn their back on the stars, or maybe expansionist species are destined to fail. The final possibility - that the Universe as we know it is in fact an elaborate illusion designed to protect us from the fearful reality - is brilliantly explored in the tour de force novella that ends the volume.

Stephen Baxter applied to become an astronaut in 1991. He didn't make it, but achieved the next best thing by becoming a science fiction writer, and his novels and short stories have been published and have won awards around the world. His science background is in maths and engineering. He is married and lives in Buckinghamshire.

GOR001603453
Phase Space by Stephen Baxter
Stephen Baxter
Used - Very Good
Hardback
HarperCollins Publishers
2002-08-05
496
0002257696
9780002257695
N/A
Book picture is for illustrative purposes only, actual binding, cover or edition may vary.
This is a used book - there is no escaping the fact it has been read by someone else and it will show signs of wear and previous use. Overall we expect it to be in very good condition, but if you are not entirely satisfied please get in touch with us.