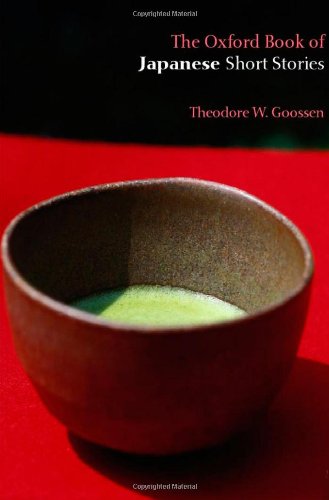 Used Price
$11.99
Free Shipping in the US
Beginning with the first works to affect Western literary tradition, through the flourishing of the genre in the Taisho era, to the writers working under literary censorship, and the current writings reflecting modern life's paradoxes, this anthology offers a survey of the Japanese short story.
Reviews:
Trustpilot
Very Good

This collection of short stories, including many new translations, is the first to span the whole of Japan's modern era from the end of the nineteenth century to the present day. Beginning with the first writings to assimilate and rework Western literary traditions, through the flourishing of the short story genre in the cosmopolitan atmosphere of the Taisho era, to the new breed of writers produced under the constraints of literary censorship, and the current writings reflecting the pitfalls and paradoxes of modern life, this anthology offers a stimulating survey of the development of the Japanese short story. Various indigenous traditions, in addition to those drawn from the West, recur throughout the stories: stories of the self, of the Water Trade (Tokyo's nightlife of geishas and prostitutes), of social comment, love and obsession, legends and fairytales. This collection includes the work of two Nobel prize-winners: Kawabata and Oe, the talented women writers Hirabayashi, Euchi, Okamoto, and Hayashi, together with the acclaimed Tanizaki, Mishima, and Murakami.The introduction by Theodore Goossen gives insight into these exotic and enigmatic, sometimes disturbing stories, derived from the lyrical roots of Japanese literature with its distinctive stress on atmosphere and beauty.

GOR002436278
The Oxford Book of Japanese Short Stories by Theodore W. Goossen (University of York, Ontario)
Theodore W. Goossen (University of York, Ontario)
Oxford Books of Prose & Verse
Used - Very Good
Paperback
Oxford University Press
2002-09-12
496
0192803727
9780192803726
N/A
Book picture is for illustrative purposes only, actual binding, cover or edition may vary.
This is a used book - there is no escaping the fact it has been read by someone else and it will show signs of wear and previous use. Overall we expect it to be in very good condition, but if you are not entirely satisfied please get in touch with us.