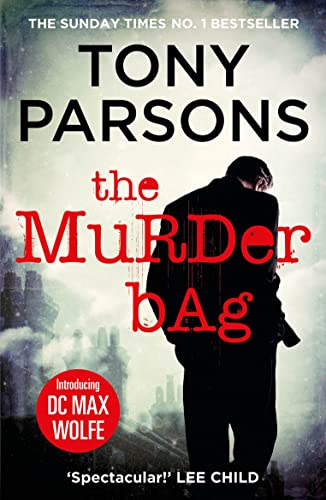 Used Price
$6.99
Free Shipping in the US
________________________The gripping first novel in the DC Max Wolfe crime series by Tony Parsons, bestselling author of Man and Boy.Detective Max Wolfe has recently arrived in the Homicide division of London's West End Central, 27 Savile Row.As the bodies pile up, Max finds the killer's reach getting closer to everything - and everyone - he loves.
Reviews:
Trustpilot
Very Good Good

________________________ The gripping first novel in the DC Max Wolfe crime series by Tony Parsons, bestselling author of Man and Boy. Like Ian Rankin or Peter James? You'll love this. Twenty years ago, seven rich, privileged students became friends at their exclusive private school, Potter's Field. Now, they're being murdered one by one, in the most violent way imaginable. Detective Max Wolfe has recently arrived in the Homicide division of London's West End Central, 27 Savile Row. Soon he is following the bloody trail from the backstreets and bright lights of the city, to the darkest corners of the internet and all the way to the corridors of power. As the bodies pile up, Max finds the killer's reach getting closer to everything - and everyone - he loves. Soon he is fighting not only for justice, but for his own life...

"Propulsive ... If The Murder Bag marks the launch of a new crime series, count me in." * The Times *
"A tense debut crime novel with a dose of dry wit" * Daily Express *
"Impressive, page-turning ... Told with conviction and at an ever increasing pace" * Daily Mail *
"Truly emotive crime-writing is a rarity, and The Murder Bag looks set to win Tony Parsons many new fans in the genre" * GQ *
"Spectacular! Tense and human, fast and authentic." * Lee Child *
"Sometimes, rarely, you know from the first chapter or so of a novel that you're in the hands of a master story teller. In the case of Tony Parsons's brilliant new thriller, The Murder Bag, we know this within the first few pages. A relentless plot, evocative prose and compelling (and wrenching) portraits of the characters, good and evil, conspire to make this a must-read. And I have two words for hero Max Wolfe: More. Soon." * Jeffery Deaver *
"Has all the ingredients and more: great plotting, great characters and at least two eye-widening twists I didn't see coming." * Sophie Hannah *
"It's a brilliant crime novel, a thrilling procedural. Max Wolfe is a wonderfully endearing character, smart and tough and vulnerable, and with Scout (and Stan too) Tony has created so much warmth and tenderness, in a world, a genre, so often devoid of it. His research is wide, deep, impeccable - from forensics to the psychology, procedure to protocol. And boy does he know how to create suspense, and convincing plot lines, which snake and weave, and surprise right until the very end. This is a complex, shocking, very contemporary story, told with utter conviction and authority. I was hooked from page one. Crime writing has brilliant new star." * Henry Sutton *

GOR006311490
The Murder Bag: The thrilling Richard and Judy Book Club pick (DC Max Wolfe) by Tony Parsons
Tony Parsons
DC Max Wolfe
Used - Very Good
Paperback
Cornerstone
2015-01-01
464
0099591057
9780099591054
N/A
Book picture is for illustrative purposes only, actual binding, cover or edition may vary.
This is a used book - there is no escaping the fact it has been read by someone else and it will show signs of wear and previous use. Overall we expect it to be in very good condition, but if you are not entirely satisfied please get in touch with us.