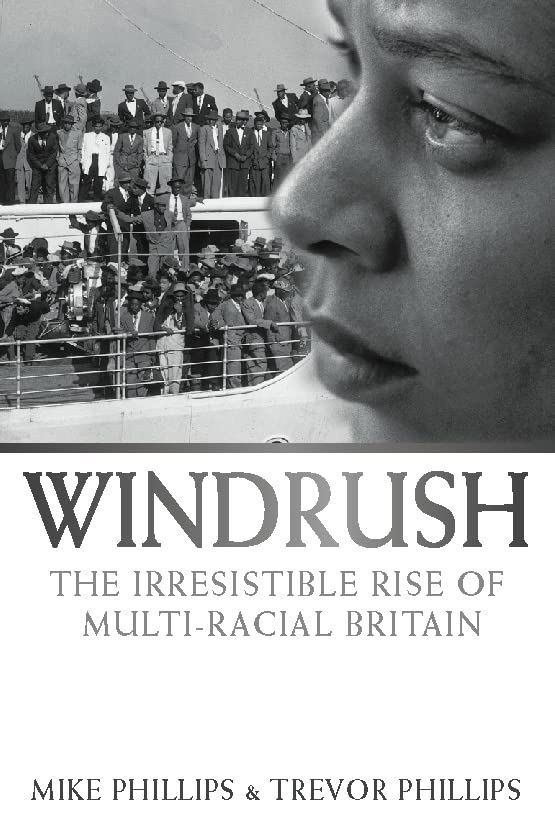 Broadcaster Trevor Phillips and his novelist brother Mike retell the very human story of Britain's first West Indian immigrants and their descendants from the first wave of immigration in 1948 to the present day.

Windrush: The Irresistible Rise of Multi-Racial Britain by Trevor Phillips

Broadcaster Trevor Phillips and his novelist brother Mike retell the very human story of Britain's first West Indian immigrants and their descendants from the first wave of immigration in 1948 to the present day.

Windrush: The Irresistible Rise of Multi-Racial Britain opens with the memories and impressions of the survivors of the voyage of the Windrush, the troop ship which brought the first West Indian immigrants to Great Britain in 1948. Fifty years on, the migrants tell an epic tale of British life in the twentieth century, through the witness of their descendants, friends, neighbours and colleagues and the testimonies of politicians who made the key decisions alongside those who were then opposed to the presence of the black settlers.

Windrush moves through the crucial events of British social history in the second half of the twentieth century: the great riots of the late fifties and early sixties, the hysteria of Powellism, the remodelling of England's inner cities and the current passionate debates about the meaning of Englishness. Concluding with a portrait of multi-racial Britain in the present day, Windrush is a celebration of the black British and of the new heritage Britain will carry forward into the twenty-first century.

'Invaluable... a fascinating and informative panorama of the experiences of the people who came to England in 1948, and who paved the way for their many descendants'
Literary Review

Trevor Phillips, a leading name in the world of broadcast journalism, is best known as the presenter of LWT's 'The London Programme' and several BBC Radio 4 titles. He is an ITV executive as well as running his own production company, and writes a column for the Independent.

Mike Phillips is a journalist and academic and the award-winning author of several books and screenplays. Formerly Writer in Residence at the Royal Festival Hall, he is currently Arts Foundation Fellow for thriller writing.

GOR001234684
Windrush: The Irresistible Rise of Multi-Racial Britain by Trevor Phillips
Trevor Phillips
Used - Very Good
Paperback
HarperCollins Publishers
1999-06-07
464
0006530397
9780006530398
N/A
Book picture is for illustrative purposes only, actual binding, cover or edition may vary.
This is a used book - there is no escaping the fact it has been read by someone else and it will show signs of wear and previous use. Overall we expect it to be in very good condition, but if you are not entirely satisfied please get in touch with us.