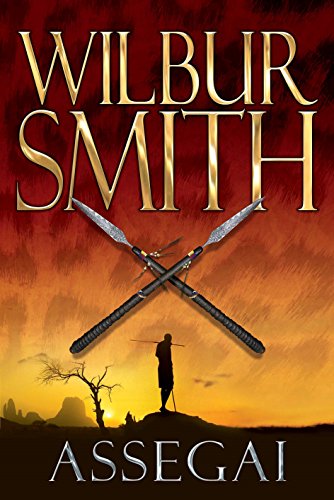 In Stock
$9.19
Another hugely compelling novel about the Courtneys of Africa from one of the world's best loved stortytellers
Very Good
11 in stock

It is 1913 and ex-soldier turned professional big game hunter, Leon Courtney, is in British East Africa guiding rich and powerful men from America and Europe on safaris in the Masai tribe territories. One of his clients, German industrialist Count Otto Von Meerbach, has a company which builds aircraft and vehicles for the Kaiser's burgeoning army. But Leon had not bargained for falling passionately in love with Eva, the Count's beautiful and enigmatic mistress.

Just prior to the outbreak of World War I, Leon is recruited by his uncle, Penrod Ballantyne, Commander of the British Forces in East Africa , to gather information from Von Meerbach. He stumbles on a plot against the British involving the disenchanted survivors of the Boer War, but it is only when Eva and Von Meerbach return to Africa that Leon finds out who and what is really behind the conspiracy.

The highly popular historical novelist returns with another guaranteed best-seller. In the early 1900s, Second Lieutenant Leon Courtney decides to hang up his military career after a near-fatal mission in British East Africa (and a subsequent court-martial proceeding instigated by a vindictive superior office). He takes up big-game hunting, but that's only his cover: in reality, he is working as a spy, gathering intelligence for his uncle Penrod Ballantyne. Leon's target is Count Otto Von Meerbach, a German weapons manufacturer (the novel is set only a handful of years before World War I), but Leon doesn't count on falling in love with the target's seductive mistress, Eva. Can Leon foil Von Meerbach's plot to foment an African rebellion and, at the same time, protect the beautiful Eva? There is a reason Smith is a hugely popular writer of historical novels: his remarkable talent for re-creating historical periods and crafting characters we care about is virtually unmatched in the genre. Smith's novels of the Courtney and Ballantyne families (in 2005, he brought the two sagas together in The Triumph of the Sun) have been entertaining readers for nearly five decades, and if this novel is any indication, he is showing no signs of slowing down. -- David Pitt "Booklist" (03/15/2009)

Wilbur Smith was born in Central Africa in 1933. He was educated at Michaelhouse and Rhodes University. He became a full-time writer in 1964 after the successful publication of When the Lion Feeds, and has since written over thirty novels, all meticulously researched on his numerous expeditions worldwide. His books are now translated into twenty-six languages.

GOR001221439
Assegai by Wilbur Smith
Wilbur Smith
The Courtneys of Africa
Used - Very Good
Hardback
Pan Macmillan
2009-04-03
480
0230529208
9780230529205
N/A
Book picture is for illustrative purposes only, actual binding, cover or edition may vary.
This is a used book - there is no escaping the fact it has been read by someone else and it will show signs of wear and previous use. Overall we expect it to be in very good condition, but if you are not entirely satisfied please get in touch with us.