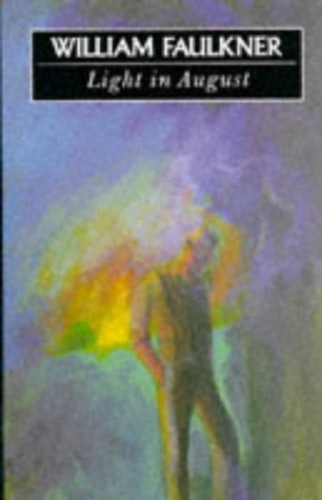 Light in August
by William Faulkner

In Stock
$8.39
Joe Christmas may only be half Negro, but he feels and behaves like one. He lives amongst a strict Calvinist community. This book touches on one of Faulkner's main themes - that the decline of the white man springs from his irrational inability to treat the Negro as a fellow human being.
Very Good Good
Only 3 left

Light in August by William Faulkner

One of Faulkner's most admired and accessible novels, "Light in August" reveals the great American author at the height of his powers. Lena Grove's resolute search for the father of her unborn child begets a rich, poignant, and ultimately hopeful story of perseverance in the face of mortality. It also acquaints us with several of Faulkner's most unforgettable characters, including the Reverend Gail Hightower, who is plagued by visions of Confederate horsemen, and Joe Christmas, a ragged, itinerant soul obsessed with his mixed-race ancestry.
Powerfully entwining these characters' stories, "Light in August" vividly brings to life Faulkner's imaginary South, one of literature's great invented landscapes, in all of its impoverished, violent, unerringly fascinating glory.
This edition reproduces the corrected text of "Light in August" as established in 1985 by Noel Polk.

"For all his concern with the South, Faulkner was actually seeking out the nature of man. Thus we must turn to him for that continuity of moral purpose which made for the greatness of our classics." --Ralph Ellison

GOR001234692
Light in August by William Faulkner
William Faulkner
Picador Classics S.
Used - Very Good
Paperback
Pan Macmillan
1992-02-03
384
0330317431
9780330317436
N/A
Book picture is for illustrative purposes only, actual binding, cover or edition may vary.
This is a used book - there is no escaping the fact it has been read by someone else and it will show signs of wear and previous use. Overall we expect it to be in very good condition, but if you are not entirely satisfied please get in touch with us.