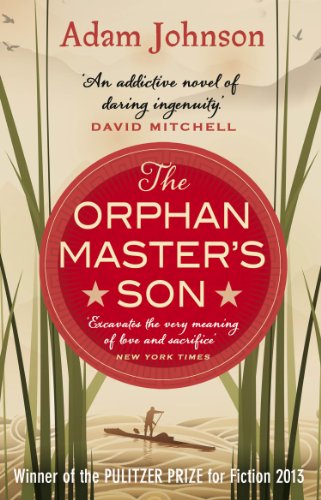 In Stock
£6.99
WINNER OF THE PULITZER PRIZE FOR FICTION 2013 NEW YORK TIMES BESTSELLERNATIONAL BOOK AWARD FINALIST'You know you are in the hands of someone who can tell a story ... fantastic' ZADIE SMITH'Excavates the very meaning of life' New York TimesPak Jun Do knows he is special.
Very Good Good Well Read
5 in stock

WINNER OF THE PULITZER PRIZE FOR FICTION 2013 NEW YORK TIMES BESTSELLER NATIONAL BOOK AWARD FINALIST 'You know you are in the hands of someone who can tell a story ... fantastic' ZADIE SMITH 'Excavates the very meaning of life' New York Times Pak Jun Do knows he is special. He knows he must be the son of the master of the orphanage, not some kid dumped by his parents - it was obvious from the way his father singled him out for beatings. He knows he is special when he is picked as a spy and kidnapper for his country, the glorious Democratic Republic of North Korea. He knows he must find his true love, Sun Moon, the greatest opera star who ever lived, before it's too late. He knows he's not like the other prisoners in the camp. He's going to get out soon. Definitely 'An addictive novel of daring ingenuity' DAVID MITCHELL

"An addictive novel of daring ingenuity; a study of sacrifice and freedom in a citizen-eating dynasty; and a timely reminder that anonymous victims of oppression are also human beings who love. A brave and impressive book" -- David Mitchell, author of THE THOUSAND AUTUMNS OF JACOB DE ZOET
"A flamboyantly grim epic of totalitarianism... this larger-than-life, two-fisted picaresque manages to be a page-turner... an ambitious book" * The Sunday Times *
"One of those books where you know you've found yourself in the hands of someone who can really tell a story, and is yet not naive about the artificiality of stories. The conceit is fantastic: a narration partly told through the loud speakers of the North Korean regime." -- Zadie Smith
"Fast-paced and intriguing.. this complex, multi-voiced narrative will remind some readers of David Mitchell's similarly inventive tale, Cloud Atlas... It is magnificent" * Financial Times *
"What we have here are the ingredients of an across-the-board smash hit: sympathetic characters, an exotic, unknowable setting and a plot that will carry you along more convincingly than any of the fictions used by the Democratic People's Republic of Korea." -- David Annand * Sunday Telegraph *

Adam Johnson teaches creative writing at Stanford University. His second novel THE ORPHAN MASTER'S SON won the Pulitzer Prize for Fiction in 2013 and was a New York Times bestseller. His short story NIRVANA won the EFG/Sunday Times Best Short Story Award 2014. He lives in San Francisco with his family.

GOR004674014
The Orphan Master's Son by Adam Johnson
Adam Johnson
Used - Very Good
Paperback
Transworld Publishers Ltd
2013-02-14
592
0552778257
9780552778251
N/A
Book picture is for illustrative purposes only, actual binding, cover or edition may vary.
This is a used book - there is no escaping the fact it has been read by someone else and it will show signs of wear and previous use. Overall we expect it to be in very good condition, but if you are not entirely satisfied please get in touch with us.