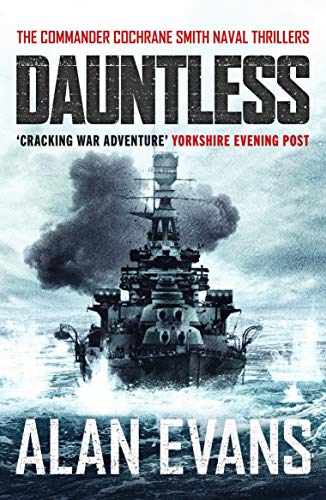 The odds are against Commander Smith in this epic story of battle on the high seas.

Autumn, 1917: Britain is just about surviving against incessant U-boat attacks, but there are mutinies in France, a revolution in Russia and stalemate on the Western Front. The Allies must get the upper hand and, in London, plans are hatched to renew the pressure in the Middle East.

Commander David Cochrane Smith finds himself on a formidable assignment in the Mediterranean. He is wily, experienced and tough but his mission is dangerous and his force is small. With this ramshackle squadron he must elude the U-boats and sink a heavily armed enemy cruiser whose captain is as able and daring as Smith himself. The action is fierce on land and on sea - and the odds are uneven. But this is an assignment designed to test Smith to the utmost and he is determined to succeed...

'I think a 21 gun salute is required... Alan Evans has produced a cracking thriller' Daily Mirror

'Evans provides a different sea story, sustained suspense and vivid battle scenes' Publishers Weekly
Alan Evans was an enthralling British writer of First and Second World War adventure thrillers, mainly based on naval battles. Carefully researched, and with his own experience of active service, the novels skilfully evoke the tension and terror of war. Many of the figures and events are based on real-life models.
GOR011067189
9781800320215
1800320213
Dauntless by Alan Evans
Alan Evans
The Commander Cochrane Smith Naval Thrillers
Used - Like New
Paperback
Canelo
2020-10-15
320
N/A
Book picture is for illustrative purposes only, actual binding, cover or edition may vary.
The book has been read, but looks new. The book cover has no visible wear, and the dust jacket is included if applicable. No missing or damaged pages, no tears, possible very minimal creasing, no underlining or highlighting of text, and no writing in the margins
Trustpilot